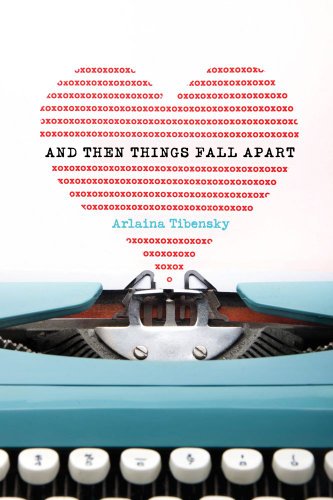 And Then Things Fall Apart by Arlaina Tibensky
July 26th 2011 by Simon Pulse
From the Publisher:
Keek is not having a good summer. She and her boyfriend have just had their Worst Fight Ever (on the subject of her virginity, nonetheless), she’s been betrayed by a best friend, her parents are splitting up, and her mother is on the other side of the country tending to Keek’s newborn cousin, who may or may not make it home from the hospital. Oh, and Keek’s holed up at her grandmother’s technology-barren house with an abysmal case of the chicken pox. In Keek’s words, “Sofa king annoying.”

With her world collapsing around her, Keek’s only solace comes from rereading Sylvia Plath’s The Bell Jar and typing on an old electric typewriter. Keek—whose snappy narrative voice is darkly humorous and hysterically blunt—must ultimately decide for herself which relationships to salvage, which to set free, and what it means to fall in love.

This book had me at "Sofa kind annoying"! I think I will really like the darkly humorous bits of this story a lot. Also, I am a total sucker for that heart on the cover. This will be Tibensky's debut novel.