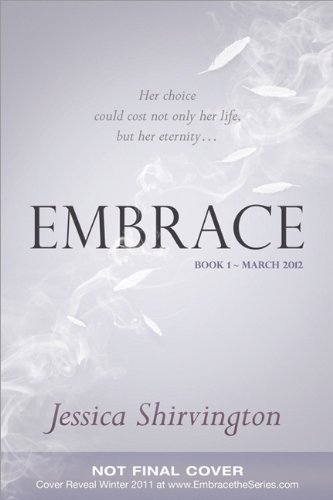 I slowly opened my eyes. The sun speared its first bright rays of golden orange into the sky and I leapt from the cliff, with the sorrowful knowledge that no matter what the outcome, at least part of me would die that day...


Violet Eden is dreading her seventeenth birthday dinner. After all, it’s hard to get too excited about the day that marks the anniversary of your mother’s death. The one bright spot is that Lincoln will be there. Sexy, mature and aloof, he is Violet’s idea of perfection. But why does he seem so reluctant to be anything more than a friend?


After he gives her the world’s most incredible kiss – and then abandons her on her front doorstep – Violet is determined to get some answers. But nothing could have prepared her for Lincoln’s explanation: he is Grigori – part angel and part human – and Violet is his eternal partner.


Without warning, Violet’s world is turned upside down. She never believed in God, let alone angels. But there’s no denying the strange changes in her body ... and her feelings for Lincoln. Suddenly, she can’t stand to be around him. Luckily, Phoenix, an exiled angel, has come into her life. He’s intense and enigmatic, but at least he never lied to her.


As Violet gets caught up in an ancient battle between dark and light, she must choose her path. The wrong choice could cost not only her life, but her eternity...

I first learned about this YA title through a webinar last week hosted by Sourcebooks. So fun to sit and listen to some great upcoming titles. I highly recommend you jump on those. Anyway, this was one of the featured titles and I really liked the look and sound of it. Lo and behold, it came in the mail the other day! Yipee!

What are you waiting on?
Add to Goodreads
at Wednesday, September 28, 2011