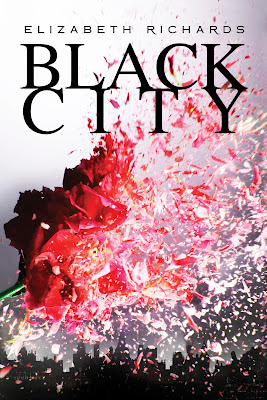 In a city where humans and Darklings are now separated by a high wall and tensions between the two races still simmer after a terrible war, sixteen-year-olds Ash Fisher, a half-blood Darkling, and Natalie Buchanan, a human and the daughter of the Emissary, meet and do the unthinkable—they fall in love. Bonded by a mysterious connection, that causes Ash’s long dormant heart to beat, Ash and Natalie first deny and then struggle to fight their forbidden feelings for each other, knowing if they’re caught they’ll be executed—but their feelings are too strong. When Ash and Natalie then find themselves at the center of a deadly conspiracy that threatens to pull the humans and Darklings back into war, they must make hard choices that could result in both their deaths.
Elizabeth Richards is an award-winning journalist and debut author, who spent her early career writing for videogame publications such as CUBE, P2 and GamesTM,and now works as a website editor. Previously, she ran a successful lifestyle website aimed at teenage girls. She won the Jane Hayward Young Journalist of the Year award for her feature on girls in the games industry, and was named 'Editor's Choice' in the industry trade magazine, MCV.


What do you think? The cover is pretty cool, I think. It has action and movement and there isn't a person in the shot - yay! The premise is pretty exciting as well. I'm looking forward to reading.

Add to GoodreadsYou can find Richards at her website

Thanks to Penguin Books For Young Readers, there is an ARC up for grabs to one lucky winner. This giveaway is INTERNATIONAL! Winners of the ARCs will also get a chance to win one of 5 exclusive and personalized drawings of the main characters, Ash and Natalie, drawn and autographed by the author. Just comment below with an email address to be entered. One entry per person. Good luck! Ends March 10th, midnight CST.
at Wednesday, February 29, 2012