I can't tell you how much fun #RocktheDrop was yesterday! I really thought about where I would drop the books and although it took some time to drive all around Austin, I'm glad I did! I choose schools, libraries, eateries, and local places that Austin is known for. Check out some of my photos. 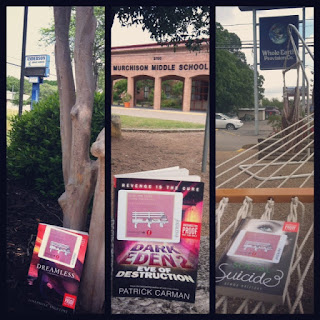 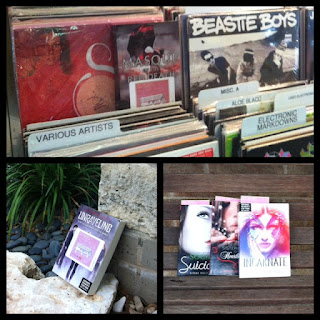 And my favorite picture of the day: 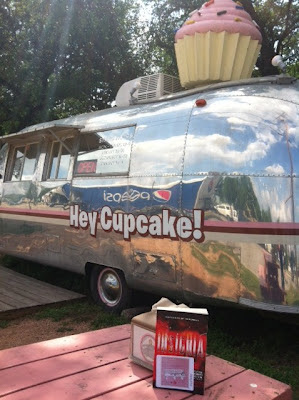 When I was dropping Social Suicide at one of my favorite stores downtown, Whole Earth Provisions, I told the gentleman working what I was up to. He responded with, "Are you dropping Catching Fire? That is my next book." I laughed and told him no. I love that teens, adults, and everyone in between enjoys a great YA!

Thank you, HarperTeen and my fave Indie bookstore, Book People, for the donations! I had a fanny-pack-tastic day and I hope some avid teen readers found my books.

In conjunction with #rockthedrop, YALSA named it's 2012 Teens Top Ten nominations. These books will be voted on by teen readers: