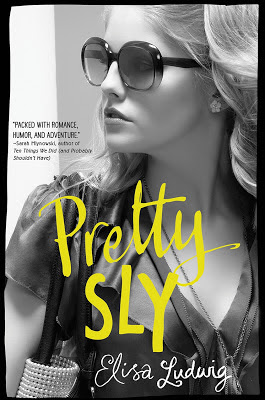 Willa Fox was told to stay out of trouble. In fact, it was an order from a very serious juvenile court judge.

However, that was before Willa found her house ransacked and a mysterious email from her mother telling Willa she had to leave Paradise Valley for a while and not to come looking for her. Willa knows her mom’s in danger and that no one at school will miss her after her recent sticky-fingered stunts with the Glitterati. So with the help of her pal Tre and with her degenerate crush Aidan as her wingman, Willa violates her probation and hits the California highway in search of her mom.

But when Willa and Aidan’s journey turns dangerously criminal and they wind up being the focus of a national manhunt, they realize it’s sometimes easier to escape the law than the truth—and that everything Willa thought she knew about her mom, and her life, was wrong.

Pretty Sly is Elisa Ludwig’s fast-paced sequel to Pretty Crooked, the second book in a trilogy that’s pitch-perfect for fans of Ally Carter. With a daring heroine who has one-of-a-kind spunk, a roller-coaster Bonnie and Clyde romance, a thrilling mystery, and a shocking twist ending, this book will have readers rooting for Willa as she makes the wrong choices to do the right thing. Fans will be eagerly awaiting the series conclusion. (Pretty Wanted due out March 2015)

Add to Goodreads
You can find Ludwig at her website

Check out the new look for Pretty Crooked in paperback out February 2014! 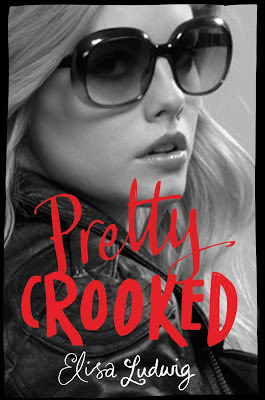