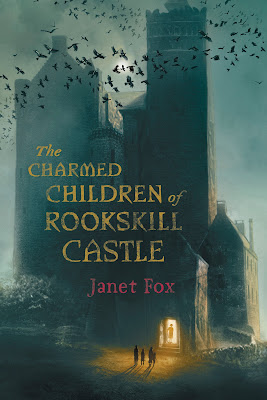 Something is not right at Rookskill Castle, a rundown Scottish manor shrouded in mystery. The castle is a temporary boarding school for children escaping the Blitz, but soon it’s clear there is something terribly wrong. There are clues hinting that a spy is in the house, and there are undeniable signs of a sinister magic. When the children in the castle’s temporary boarding school begin disappearing one by one, it’s a race against the clock for twelve-year-old Kat Bateson, her two younger siblings, and their new best friend.

Add to Goodreads
You can find Fox at her website

Yay, Janet Fox has a new book coming and it's her debut middle grade! Scottish castles, magic, and hopefully really cranky and sinister teachers are in store for us. I also hear that this will be available in audio as well - cheers to you, Janet!