Giveaway: Through the Dark #ThroughtheDark 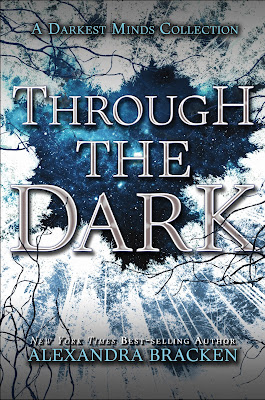 Through the Dark by Alexandra Bracken
October 6, 2015 from Disney-Hyperion

This collection of thrilling--and utterly heartbreaking--novellas set in the in the world of the Darkest Minds is an absolute must-have for fans of the New York Times best-selling trilogy.

Don't miss this breathtaking collection of stories set in the world of the New York Times best-selling Darkest Minds trilogy. Featuring ebook original novellas In Time and Sparks Rise, available in print for the first time, and a gripping, brand-new novella, Through the Dark is a must-have for fans of the Darkest Minds.This collection contains three novellas: In Time, Sparks Rise, and Beyond the Night, as well as a sneak peek at the first novel in Alexandra Bracken's new series, Passenger.

IN TIME
Gabe's life has been devastated in the wake of the economic crash. The only option left for someone like him to escape his tragic past is to leave his small town behind and to attempt to become a skiptracer. This already almost-impossible task is made all the more difficult by his first "score,"a young girl who won't speak, but who changes his life in ways he could never imagine.

SPARKS RISE
Sam didn't think things could get worse at Thurmand rehabilitation camp. Then the Reds arrive. Everyone assumed the kids with firepower had been killed years ago. Instead they were taken away, brainwashed, and returned as terrifyingly effective guards. To her horror, Sam recognizes one of them: Lucas, the one spark of light in Sam's dark childhood.

Lucas has a deadly secret--he beat the brutal training that turned his fellow Reds into mindless drones. When Sam defends herself against an attack by a vile PSF guard and faces a harrowing punishment, Lucas must risk everything to save her.

BEYOND THE NIGHT
The government-run "rehabilitation camps" have been shut down, but kids with Psi powers are anything but free. Sam would rather be on her own than put in the care of a foster family and given the "cure"--a dangerous procedure that unclaimed kids across the country are being forced to undergo. But there's more at stake than just her own safety. Sam once made someone a promise, and the time has come to fulfill it.

Now that she's out of her camp, Mia only has one thought in her head: finding Lucas, her beloved older brother. She hasn't seen him since they were separated and taken to different camps years ago, before Mia even became Psi. When Sam, Lucas's childhood best friend, rescues Mia from the government's inept care, Mia learns that nothing is as simple as she thought--and the past that she's so desperate to salvage may not be possible to recover...

WAIT, there's more! Bracken also has a new book called PASSENGER! About: Two worlds collide in this sweeping, romantic novel about a love that crosses centuries by bestselling author of the Darkest Minds series, Alexandra Bracken. 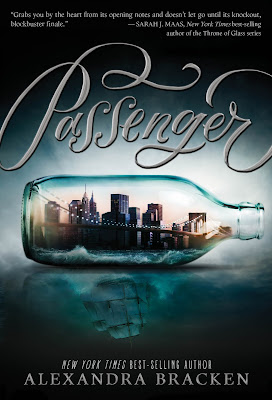 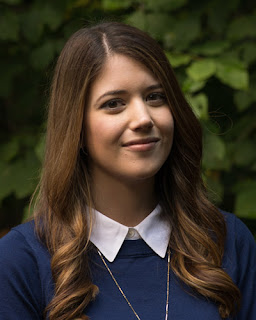 ABOUT THE AUTHOR
Alexandra Bracken is the New York Times bestselling author of The Darkest Minds and Never Fade. Born and raised in Arizona, she moved east to study history and English at the College of William&Mary in Virginia. Alex now lives in New York City, where you can find her hard at work on her next novel in a charming little apartment that's perpetually overflowing with books. Visit her online at www.alexandrabracken.com and on Twitter @alexbracken.

Check out the book trailer HERE!

Here is your chance to win #ThroughtheDark! All prizes and samples have been provided by Disney-Hyperion. Fill out the fancy doo-hickey to be officially entered. US only, good luck!
a Rafflecopter giveaway
at Monday, October 19, 2015