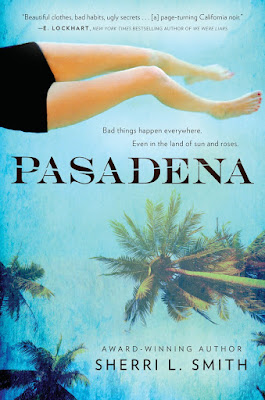 Bad things happen everywhere. Even in the land of sun and roses.

When Jude's best friend is found dead in a swimming pool, her family calls it an accident. Her friends call it suicide. But Jude calls it what it is: murder. And someone has to pay.

Now everyone is a suspect--family and friends alike. And Jude is digging up the past like bones from a shallow grave. Anything to get closer to the truth. But that's the thing about secrets. Once they start turning up, nothing is sacred. And Jude's got a few skeletons of her own.

Add to Goodreads
You can find Smith at her website

Sherri is heading to TEXAS TEEN BOOK FESTIVAL next month! Be sure to stop by and pick up a signed copy of PASADENA, FLYGIRL, and ORLEANS! 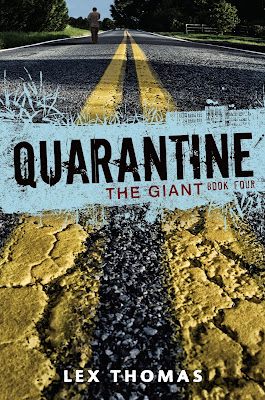 The Giant (Quarantine #4) by Lex Thomas
September 1, 2016 from Carolrhoda Lab™

In the violent early days of the quarantine, Gonzalo joins a gang of thieves who live in the ductwork of McKinley High School. There he falls in love with Sasha, but as he grows too big to fit, he is forced to leave without her.

A year later, he scours the infected zone for her. No matter how many murderers, puncture wounds, or militia he has to survive, Gonzalo can't give up on Sasha.

In the fourth installment of the Quarantine series, Lex Thomas delivers two intertwined stories about love and longing, which merge in a conclusion where the fate of the entire infected zone hangs in the balance.

Add to Goodreads
You can find Lex Thomas at their website

As the series progressed, was it easier for you to collaboratively write? Was there a moment where you knew where the other was going to take a character or story since you've been writing together many years?