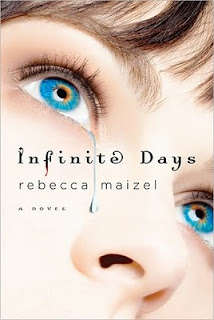 "Throughout all my histories, I found no one I loved more than you...no one." Those were some of Rhode's last words to me. The last time he would pronounce his love. The last time I would see his face. It was the first time in 592 years I could take a breath. Lay in the sun. Taste. Rhode sacrificed himself so I, Lenah Beaudonte, could be human again. So I could stop the blood lust. I never expected to fall in love with someone else that wasn't Rhode. But Justin was...daring. Exciting. More beautiful than I could dream. I never expected to be sixteen again...then again, I never expected my past to come back and haunt me...
*Spoiler Alert*
I must be burned out on the whole vampire thing. I liked the idea that a vampire can turn human again. That's new, interesting. A lot of things went right with this book, but some, not so much. I had trouble with several scenes due to contradictory ideas or events. One minute Lenah grabs a jug of blood and drinks hungrily. Two sentences later, "..why am I so full from 3 sips?" Huh? There were several of those type of errors. (I seem to always catch those...even in movies)
I like Lenah, I love Tony, I love*ish Rhode, I sort of like Jason. Why oh why does the main character fall in love with the FIRST person that seems attractive? I know Lenah didn't fall for Tony (1st person she meets), but she sees one cute boy and it's off to the races. When Lenah was a vampire she fell in love with Vicken the second they met. I just don't understand this in YA books. I digress.... One other problem I had was that Lenah "forgot" about Nuit Rouge (The time where she was "supposed" to rise from the ground) when she went to Jason's parents house. So, a vampire who celebrated this event every year for 500 years suddenly forgets the date? No way!
Good things: I liked the explanation of the rituals, the workings of vampires (lack of tears - sunlight), and character development. I wish Tony didn't exit and come back so late, but I enjoyed his character. I liked how Lenah used her smarts to outwit the school staff. Funny! I think a lot of teen girls will pick up this book because of the cover, and I don't think they will be disappointed. I'll stay tuned....
3.5 out of 5 stars! 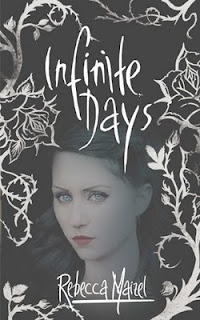 Here is a look at the UK cover: 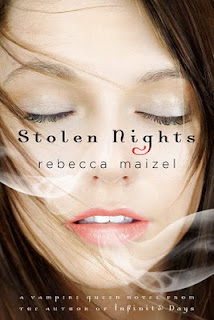