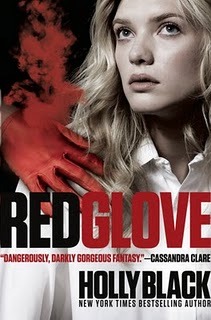 Red Glove by Holly Black (Curse Workers 2)
Published April 5th 2011 by Simon and Schuster
No official synopsis yet....
I really liked White Cat and can't wait for the sequel, but can I just say one thing? This cover is so terrible. I wasn't too thrilled with the cover art of White Cat, but my gosh, Red Glove is beyond awful. Did we suddenly go back to 1982? This looks like something from Knotts Landing or Dynasty. Ugh. I hope they get enough complaints (I've heard several myself) and create a new cover. Holly deserves it - and so do the Curse Workers. (White Cat eventually got a little remake) 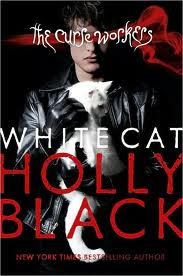 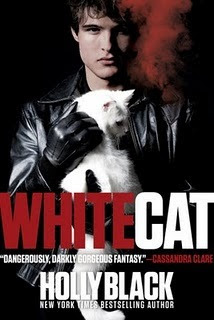 Published White Cat
What do you guys think? Did you like White Cat?
You can visit Holly HERE
at Wednesday, November 10, 2010