Ellen Schreiber - Once in a Full Moon Tour (& Giveaway)

Last night I had the pleasure to hear Ellen speak about her best selling series Vampire Kisses and talk about her new series, Once in a Full Moon. Here are some tidbits about her and her writing: 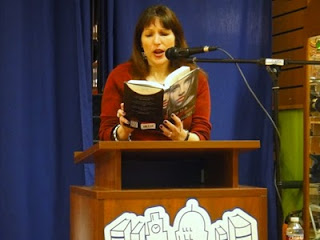 She was inspired to write Vampire Kisses because of 4 things: a rebellious girl character came to mine, three goth girls standing on swings in a park, vampires, and Johnny Depp. She wondered....what would Johnny Depp do if he was a vampire?

She was first published in Belgium - Johnny Lightening

She submitted her manuscript to an editor who was accepting "unsolicited manuscripts" -without an agent.

Book #2 in this series is called Magic of the Moonlight 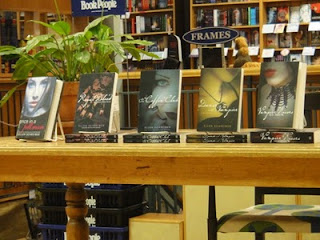 Ellen was so nice to sign some bookmarks for me to giveaway. She even said she would make a donation to the Austin Children's Shelter! 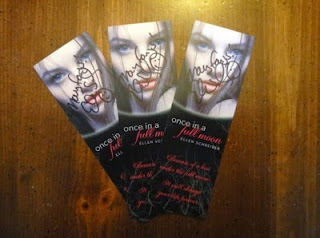