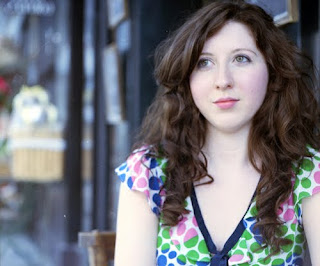 You were a music and entertainment journalist, what band would you have loved to play at your prom?
I grew up in England, where sadly, proms had yet to catch on by the time I reached the end of high-school. But in the dream prom in my mind, I think Jimmy Eat World would have been a great pick: they were my favorite band when I was 17, and I've seen them live, and they always put on a great show. 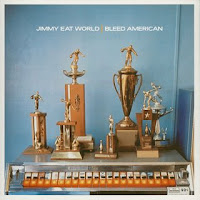 You write both YA and adult fiction, have any trouble keeping some of the "adult" out of the YA?
Not so much - I have more problems putting the 'adult' into the adult books! (Seriously, try writing racy material when you know your aunts will read every word...).

I write in first person, so the tone is easy to keep pretty breezy and clean. I know some YAs deal with more sexual issues (and do it really well), but personally, I was only interested in hot make-out action when I was 16, 17, so my lead characters tend to reflect that. That's not to say that stuff doesn't happen in the book worlds - I always try to make my books realistic, and sex is a realistic part of some teen's lives - but it tends to be with a supporting character, say, or subplot, rather than the focus of my character's journey.

Bliss, Jolene, and Meg are all very different characters. Who do you identify with most?
I love all three characters, because I've taken a part of myself to make each one real. Emotional authenticity is really important to me, I think it's the only way to truly connect with the reader, so I never write a character than isn't at least partially based on things I've felt, or experienced in my own life.

With the girls in The Anti-Prom, I identify with Bliss's sense of social insecurity - always painfully aware of the hierarchies and machinations that go into any teen clique; Jolene is the character I love most, for her unapologetic anger and determination; and then there's Meg, and her crushing loneliness... To be honest, Meg was the hardest to write because of that; I had a rough time in high school, feeling pretty isolated and alone, so going through that again with Meg was a challenge. But the wonderful thing about writing, is that I got to give her a way out, and see her character embrace new friendships and experiences.

Jolene's true self is hidden behind her tough attitude. Where did you find inspiration for her character?
I knew from the moment I picked her name who Jolene would be - the girl from the wrong side of the tracks; the bad-ass everyone wishes they could be at some point: a real take-no-prisoners kind of girl. And a big country music fan! But buried behind that toughness is such heartbreaking vulnerability. She's still carrying the weight of her father's abandonment, and has to make some tough choices about whether she's going to let her past define her, or take on the world on her own terms. Jolene has good reasons for acting the way she does, but at some point, she has to stop letting those reasons determine her future, and this one prom night is her last chance to make the call - before it's too late.

If you had to pick one of three prom dresses on the cover to wear to an author signing, which would you pick?
Oh wow, that's a fun question! Meg's black gown is classy, sure, and Bliss's white thing is cute, but I'd have to say Jolene's pink ruffled monstrosity, just for the fun of it!


To learn about Abby's PROMyourway, go HERE
To learn more about Abby and her writing, visit her HERE
One lucky winner will win my review copy! Thank you Candlewick!

Must be a follower
Contest ends at midnight CST, Wednesday, March 23rd
Winner will be chosen using Random.org
Must fill out the form below to be officially entered
Good luck!
*Giveaway closed*