I could not be more excited about having the lovely Myra McEntire at the blog today! If you haven't had a chance to read HOURGLASS yet, then make sure you set aside some time. If you have the ARC and haven't read it...shame, shame! Don't you know people would pay cold hard cash for that thing!? If you want to read my review, you can find it HERE. 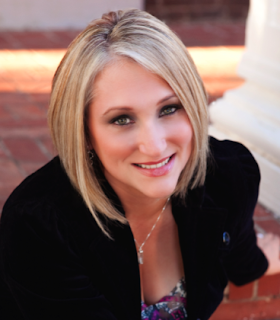 You live in Nashville with a house full of cute boys, are there cowboy boots laying around everywhere and Garth Brooks playing in the background at all times?
Sadly, I am NOT a country music fan. At all. And my cute husband makes me listen to Kenny Chesney and Jason Aldean (totally saw him at Target once) and others. And I make him listen to Snoop.

You boast that you know the words to every R&B song out there. So....what are a few of your fave's?
(Insane in the Brain by Cypress Hill is on Em's playlist.) I am a fan of Usher, Drake, Nicky Minaj (my agent actually just sent me a Nicky Minaj video for a dance break!), but I also love soul, like Otis Redding; jazz, like Miles Davis; and then The Black Keys and Adele. HOLY CRAP do I love Adele. 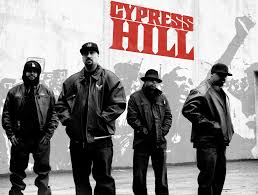 Mary Pearson, THE ADORATION OF JENNA FOX, wants to know a little about your writing routine. (She really did ask - Twitter is magic)
*falls over* *picks self up* *regains composure*
If you're talking day to day, it's crazy. There are little people in my house who don't like to wear pants, but do like trying to set the cats on fire. (As a matter of fact, I had to stop answering this question to go break up a dispute over GoGos.) So I write when The Husband gets home.

If you're talking big picture, I brainstorm in spiral notebooks, heavily in the beginning and then whenever I run into problems. I wrote the sequel to HOURGLASS in Scrivener, and I loved it. Breaking up the scenes and moving them around without having to search through a Word doc was BOSS. I don't think I can long term edit in Scrivener though.

HOURGLASS is your debut novel, how long has the road to publication been?
About five years ago I was on the General Jackson (a dinner cruise, even) with some girls I didn't know very well. We did a round table question thingy, and one of them asked, "What did you want to be more than anything when you were a kid?" It started a spark, and HARRY POTTER AND THE DEATHLY HALLOWS fanned it to a flame.

What came first - plot, character, or scene?
Michael, actually. He was in a couple of other stories. But once Em started talking ... I love that (fictional) kid.

Emerson sees people that she shouldn't see and the opening scene was hilarious! How did you get the idea of ghosts + time travel x heart flutters = winner?
I wrote the first five pages, wherein our heroine meets a man who shouldn't know her name. That was supposed to be it, a prompt for a writing group. And then Em started talking. (See above.)

What was the most difficult scene to write? Most rewarding?
The conversation in the very last chapter was actually a scene around the plot climax for a long time. I wrote it in a coffee shop and cried. So it was both.

Can you share anything about book two?
So. Hot.

Please for the love of Pete, are you coming to TX this year? *crosses fingers*
I WANT TO COME TO TEXAS! *packs kerchief* *puts on stick* *starts walking*

Thank you!!
THANK YOU!

Giveaway time! Because Myra rox my sox off, she is offering a finished copy and signed poster - one prize for two winners! *hip-hip-hooray* There are extra entries available for spreading the word. Be sure to leave me links and pretend to add it all up correctly.

*If you could go back in time, where would you go and why?*