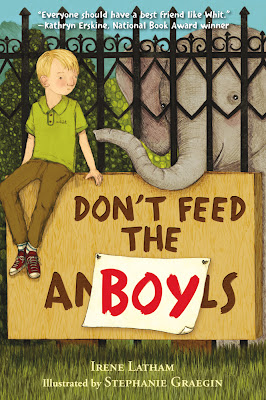 No kid knows more about zoo life than Whit. That's because he sleeps, eats and even attends home-school at the Meadowbrook Zoo. It's one of the perks of having a mother who's the zoo director and a father who's the head elephant keeper. Now that he's eleven, Whit feels trapped by the rules and routine of zoo life. With so many exotic animals, it's easy to get overlooked. But when Whit notices a mysterious girl who visits every day to draw the birds, suddenly the zoo becomes much more interesting. Who is the Bird Girl? And why does she come by herself to the zoo? Determined to gain her trust, Whit takes the Bird Girl on his own personal tour of the zoo. He shows her his favorite animals and what happens with them behind the scenes. For Whit, having a friend his own age that he can talk to is an exciting new experience. For Stella the Bird Girl, the zoo and Whit are a necessary escape from her chaotic home life. Together they take risks in order to determine where it is they each belong. But when Stella asks Whit for an important and potentially dangerous favor, Whit discovers how complicated friendship and freedom-- can be.

From the outside, life living in a zoo would seem like a dream come true! For Whit, that just isn't the case. I happen to agree with Whit. I'm not sure I would be cut out for full-time animal life. I felt sorry for him immediately as he let us know how much he wanted more than just zoo life. He longed for school and friends, but his parents just didn't see his side. They couldn't imagine who wouldn't want to live in a zoo and be surrounded by the animals with free train rides for life. I hoped his parents would see what was going on in Whit's little head for just five minutes. They really frustrated me. His parental situation isn't too far off for many young people. In my days, we called kids like Whit Latchkey Kids - mom and dad both work, kids are on their own a lot. That was me, but I don't remember being so out of touch with my parents as Whit was with his. When my parents were near, they were present. I wished Whit had a better relationship with them, but he did have his teacher, Mrs. Connie - I did like her! There is resolution, but I wanted a little more conversation about the turn of events and the feelings involved. Still, minds come together.

Whit and Stella, Bird Girl, was a cute friendship to read about. Her home life is unhealthy and downright dangerous. The two seem to have nothing in common and then so much just a few minutes later. They both  have the whole world just out of reach. Stella's father and his abusive behavior limits Stella, and there is Whit and his non-present parents with their never ending rules. Both not ideal. I love the conversations between the two about whose life is worse. Both Whit and Stella explore some pretty complex issues for being eleven, and they tackle some tough situations together. This story can be a great conversation starter about empathy, relationships, and the cost of love. All very grown-up issues in one adorable middle grade book!

I am happy to have Latham on the blog today to talk about her awesome zoo trips!

My Life in Zoos

The first zoo I ever went to was the London Zoo. We were traveling to Saudi Arabia where we would be living while my father worked as the administrator for King Faisal Specialist Hospital in Riyadh. It was the start of a grand adventure. According to letters my mother wrote to her mother back home in Florida, my favorite animal was the giraffe. 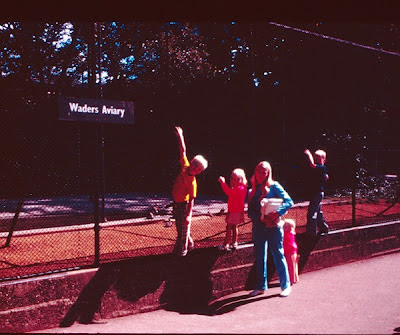 Whit, the main character in DON’T FEED THE BOY also cites giraffes as his favorite animal. I didn’t know we had this in common until after I’d written the book!

When we came back to the United States, we settled first in Polk County, Florida, which was on its way to becoming Theme Park Heaven. My memories include more than one trip to Busch Gardens in nearby Tampa.

After some time in Tennessee and a few years outside of New Orleans, where we regularly visited the (amazing!) Audubon Zoo, we finally landed in Birmingham, Alabama. I was 13 years old when we arrived and none too pleased about being uprooted from a school and church and friends I loved. BUT, there was a zoo! As soon as I was old enough I applied for the teen volunteer program. Training consisted of weekly classes where we were taught about animals and habitats and the latest in zoo management. I thought for sure I would major in zoology and later become a zoo veterinarian. All it took was witnessing one surgery for me to decide I’d better just write about the animals instead.

Fast forward a decade, and I was a young mother. I couldn’t wait to take my baby boy to the zoo! He was four years old when we first went to Disney’s Animal Kingdom. We eventually added two more boys to the fold and bought a zoo membership that allowed us to visit the San Diego Zoo and the National Zoo and Atlanta Zoo and Knoxville Zoo and Central Park Zoo and many others.

But none of those zoos held the magic for me like the Birmingham Zoo. Which is why I used it as a model for the fictional Meadowbrook Zoo (named for a large neighborhood near my house). The carousel, the train, the Barn, Big Snake Day . . .Whit’s secret spot beside the Reptile House that overlooks the entire zoo . . . the picnic pavilion where Whit first musters the courage to talk to the Bird Girl . . . the turtle pond where Whit and Stella make wishes . . .even an actual Birmingham Zoo resident named Nut Nut makes an appearance. (She’s a blue hyancinth macaw.) 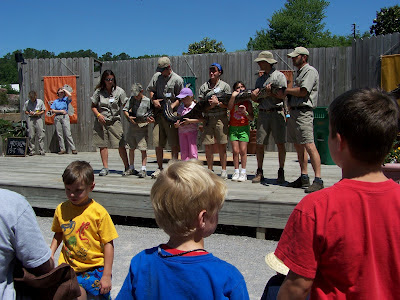 And now I’m excited that this book gives me an excuse to visit even more zoos! Like the Brookfield Zoo in Chicago, the Fort Wayne Indiana Children’s Zoo, and the Houston Zoo, all of which illustrator Stephanie Graegin mentioned as inspiration for the lovely drawings she created for DON’T FEED THE BOY.

If you have a zoo you think I should add to my list, I’d love to hear about it! Email me at Irene at irenelatham dot com or sent a tweet to @irene_latham.

Personally, I love the Fort Worth Zoo here in Texas. They have so many great exhibits, but the grounds themselves are beautiful, hilly, and you forget you are in a zoo. They do a great job of keeping everything looking so natural. I hope you can check it out someday, Irene!

Thanks to Blue Slip Media, there is a copy of Don't Feed the Boy up for grabs! Fill out the fancy doo-hickey below to be officially entered. US only.

a Rafflecopter giveaway
at Wednesday, October 10, 2012