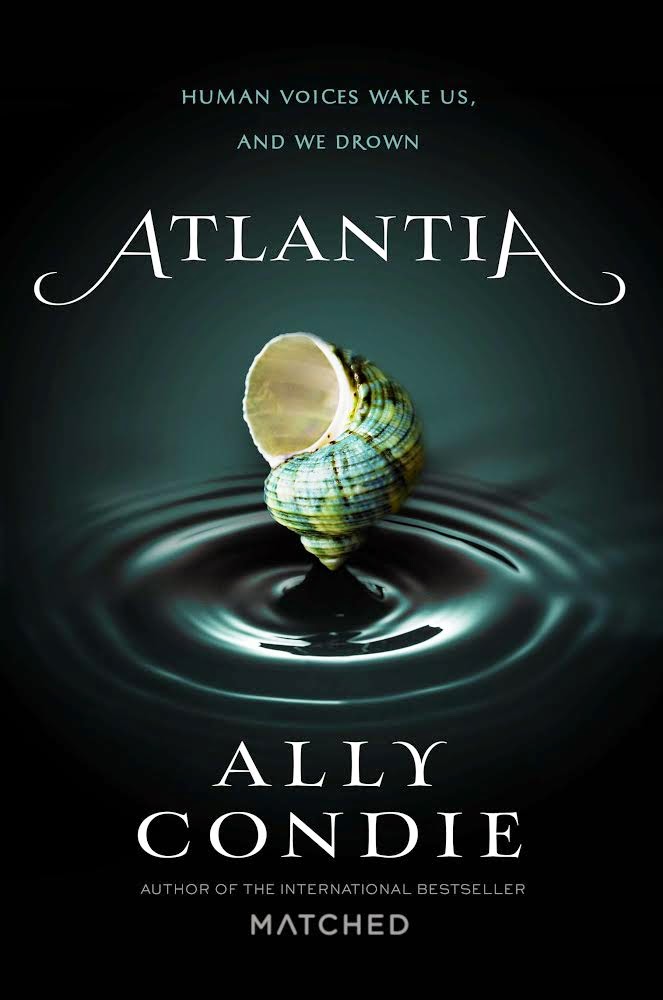 For as long as she can remember, Rio has dreamt of the sand and sky Above—of life beyond her underwater city of Atlantia. But in a single moment, all her plans for the future are thwarted when her twin sister, Bay, makes an unexpected decision, stranding Rio Below. Alone, ripped away from the last person who knew Rio’s true self—and the powerful siren voice she has long hidden—she has nothing left to lose.

Guided by a dangerous and unlikely mentor, Rio formulates a plan that leads to increasingly treacherous questions about her mother’s death, her own destiny, and the complex system constructed to govern the divide between land and sea. Her life and her city depend on Rio to listen to the voices of the past and to speak long-hidden truths.

October 8th, 2014 by Dutton Juvenile
Add to Goodreads
You can find Condie at her website


The Little Mermaid was the beginning inspiration point for the story of Rio in ATLANTIA. It is, in my opinion, one of the saddest and most beautiful fairy tales of all. I am one of the lucky people who encountered what I think of as the real version, the Hans Christian Anderson version, before I encountered the Disney version. As was so often the case with the good things in my life, this happened because of my grandmother, Alice Todd Braithwaite.

When I was small, she went on a trip to Denmark and Norway and other European countries for several weeks. This seemed impossibly exotic to me, since we lived in a small Utah town. I missed her very much—she took care of me every day after school while my parents worked. It seemed like she was gone such a long time.
When she came home, she was her usual self, full of life and enthusiasm, and she had even more stories to tell. And she had gifts in her suitcase just for me. She brought me a beautiful little figure of the Little Mermaid sitting on her rock, a replica of the famous statue in Copenhagen. I loved this statue—it was a small bronze figure sitting on a real rock, and it fit so nicely in the palm of my hand and also on my trinket shelf. My grandmother also brought stories of Hans Christian Andersen, tales as dark and wonderful as any of the Grimm tales, and of course the first story I turned to was The Little Mermaid. 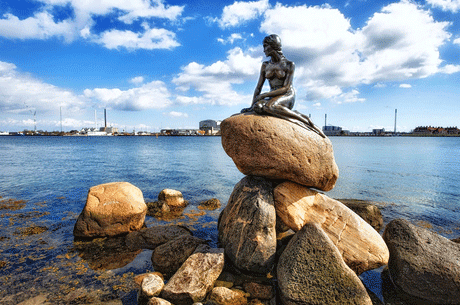 In the real story, the little mermaid does have sisters and fall in love with a prince and lose her voice to a sea-witch. But (spoiler alert!) she does not win the prince, and in fact there is much more at stake than just her voice, her love, and even her life.  The essential crux of the real story is that mermaids do not have souls, but humans do. Mermaids get to live much longer than humans—their lifespan is measured in hundreds of years, not decades—but there will be nothing left of them after they die. The little mermaid fails in her quest to win the prince’s love, and so she loses everything, and there is no hope of an afterlife for her.
This dichotomy between the lives of the people above and those below is what I kept coming back to as I thought about the next book I wanted to write after the Matched Trilogy. I initially re-read the story of The Little Mermaid as a diversion, but could not get it out of my mind. Although there are no mermaids in ATLANTIA, the division between the Above and Below in the story is critical to the story, as is the sea-witch, and claiming one’s own voice. Additionally, the sisters in the story inspired the sisters in ATLANTIA.
But perhaps the most profound influence of Hans Christian Andersen’s tale regarding ATLANTIA remained that question of the soul, one that I have thought about all my life. It was, I discovered as a child, a hard question. When I encountered it, I did what I always did with hard questions—I went to my grandmother. “Do people have souls?” I asked her. She said that she believed they did. But she could see in my eyes that I had not yet come to that answer myself. I wanted to believe, but did not.
She looked at me thoughtfully and, instead of placating me or making something up or insisting I accept her belief as my own, she said, “Do you know what I do when I have a question like that? I take it and I put it on a shelf in my mind. Then I keep going. If I want to come back and take it down and look at it later, I can, but I don’t let it keep me from doing things.”
At the end of The Little Mermaid, just as the reader expects the heroine to turn into foam, some beings appear who call themselves the “spirits of the air.” They tell the little mermaid that because she had tried to do good in her life, she now has the chance to do good deeds as one of these spirits and, perhaps, to earn a soul.
This reprieve makes for one of the most bittersweet endings in any story I’ve read, but it is not without hope. When I began ATLANTIA, it was my attempt to take this down and look at it again, to explore a difficult question.
My grandmother died on New Year’s Day this year, 2014. My aunt and sister and I went through my grandmother’s things. Our hearts were heavy that she was gone but also deeply grateful for the life she had led (she was that rare person who was completely real and smart and fun and also who always chose to do the kind right thing).
We went through her little kitchen, her clothes.
We took down the books from her shelves.
One of these was her own copy of The Little Mermaid, purchased in Denmark on her trip. The worn cover showed the statue, the one whose replica she brought me and which I still have.


I brought it home with me. I have it on my shelf, next to ATLANTIA, a story inspired by one she gave me long ago. It is my attempt to address one of those hard questions, the ones that seem to stay on the shelf, no matter how much I would like to resolve them. And yet, I have no doubt that if souls can rise, my grandmother’s is as light as air.
at Tuesday, September 30, 2014