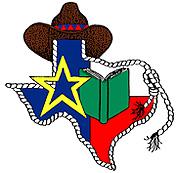 Some of you may notice that there are books on both the 2011 TAYSHAS list and LONE STAR. For example, Incarceron by Catherine Fisher. This means they are appropriate for MS and HS.
Love seeing Matched on this list! I gave it a 5 star review. I have Fat Cat and Forgive My Fins. I need to read them! Same with a few others....
What do you guys think?
Happy Reading!