Across the Universe - Interview with Beth Revis (& Giveaway)

If you haven't read my full review of Across the Universe, shame on you! It's a fantastic book and you should do everything in your power to get hold of a copy. Go read the review, then come back here! 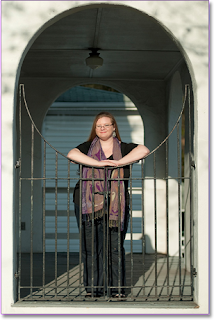 You grew up in rural North Carolina. Were you obsessed with space or the stars?
I have always been obsessed with the night sky. Other kids asked for Barbies--I wanted a telescope. My parents had to spend HOURS after I moved out to go to college to take down the constellationally correct glow-in-the-dark stars on my ceiling. I started watching Sailor Moon based on the title alone.

That said: I'm terrible at math and science. So there was no chance of me going into astronomy as a career. Fortunately, when you WRITE sci fi, you get to make a lot of stuff up, and solve the science with words instead of numbers.


Across the Universe is your tenth manuscript, what makes this one different from the others that weren't published - besides the being published part of course!

Actually, it's the eleventh! And it's different from the others in nearly every way. The other ten were fantasy, a mix of YA and MG, all told in third person, all told in past tense. This one is a sci fi, definitely YA, told in first person present and in alternating points of view.


In the book we never really know why Godspeed went into space. On your website you explain that Godspeed's mission was simply for exploration, but on your blog, The League of Extraordinary Writers, the commonality between all five of the bloggers novels is "a future where the Earth we know now is twisted, gone." Will we learn more about Sol-Earth in future novels?

Ha! This is a question I get asked a lot--there's actually a small phrase in the book where it's explained that the ship is leaving to explore (specifically in the hopes of finding new resources to exploit), but that bit is so small that I've actually had a couple of critique partners who didn't notice it. The common assumption is that Earth is dying (there've been a few reviews that state as much) but that is definitely NOT the case, and that fact will be rather relevant in sequels...


In short: Earth is still Earth. The novel takes place in the future, after an economic crash and an establishment of a global economic union that re-establishes power, so it's not the Earth you know now...but it isn't that far of a stretch.

Yes! The accent (in my mind) is David Tennant as the Tenth Doctor, whenever he's trying to talk really fast to explain his ideas. First, I love David Tennant, and I love me a Scots accent. Second, I thought (that to Amy at least) she'd think everyone spoke much faster than her time. It does seem that we speed everything up as we progress through time. So, if you'd like to know what Elder sounds like to me: watch one of the DOCTOR WHO episodes where David Tennant has to talk fast!


I thought the scenes about The Season were hilarious! Were any Season scenes scrapped that we would love to hear about?

Nope--all the original scenes are there, and the only thing I did to change them was to add more detail, which my mother hated! (And you're the first to think the Season was hilarious--I've heard everything from "squicky" to "inappropriate" to "hot," but not hilarious!)


Was Eldest based on your grumpy grandpa - or anyone else?

Not really! The only inspiration for Eldest was Joss Whedon's commentary on the SERENITY dvd, when he said the most important thing about the villain was that it be someone you *almost* sympathize with. So I tried to make him someone whose ideas--while extreme--were something you could almost see yourself doing, if you were put in his situation.


The ending was gut wrenching for me - I had to go back and reread to make sure I was hearing correctly. Did you always know where the story would end and the next in the series begin?

I always knew that big twist at the end--the entire novel stemmed from that one sentence.

As for knowing it was a series--originally, I intended for the book to be a stand-alone, and just end on an ambiguous note. However, my agent and I talked, and she really sparked some ideas for me to turn it into a trilogy.


THANK YOU, Beth! Because Beth is super awesome and I'm a pretty good beggar, I have some serious swag to give away!

THERE WILL BE EIGHT WINNERS. Each winner will receive:
1 signed bookmark and 1 signed book plate to put in your copy of AtU. Holla!

Giveaway Rules
International
Giveaway ends at midnight CST, December 26th
Winner will be chosen using Random.org
Must fill out form below to be officially entered
Winnings will be mailed after the new year
Good luck!