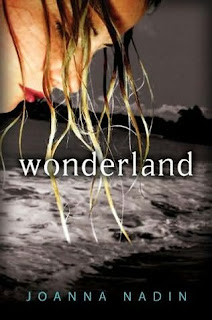 From the Publisher:
Sixteen-year-old Jude has to get out of tiny Churchtown. She has to escape her outcast status and her pathetic dad, who hasn’t gotten past her mother’s death. The one bright light is drama, her way out, if only she can get into the Lab, a prestigious program in London. Then Stella, Jude’s childhood best friend, swaggers in after years away. With bold and magnetic Stella by her side, Jude knows she’s capable of anything. But Stella’s influence extends well beyond the theater. Soon Stella’s wild and dangerous streak begins to cause trouble for Jude — yet Jude can’t bring herself to abandon Stella and the attention she’s always craved. And besides, now that Stella’s back, there’s no stopping her. In Jude’s dark and tangled story, British author Joanna Nadin plumbs the aftermath of loss and the consequences of becoming the person you always wished you were.

Review:
I have intentionally not read other reviews because I wanted to be surprised while reading this story. In fact, I tend not to read the entire synopsis of a book so I won't be spoiled. But today, there is no way around a spoil free review. To say, "I called it!" would be an understatement. I knew exactly what the hook was in this book at page 26. Yes, page 26. This may have happened because I watch way too much television, but there you have it. Would this be true for a teen reader? Would they be able to figure out what was happening so early on in the story? Hm, maybe not. If I take out the hook, I am still not wowed. I know I am supposed to feel sorry for Jude - she is motherless, bullied, and basically misunderstood by everyone that has anything to do with her (which aren't a lot of people). Problem was, I didn't connect with Jude at all. She has one heck of sad story, but I wasn't distracted with her pain to ignore the clues and hints as to where the story was going. Hence, 26 pages.

Stella, Jude's friend that returns, is what kept the pages turning. I wanted to see what kind of train wreck she would turn out to be, what kind of mischief she would stir up. I was definitely not disappointed in that area. To say this character was self destructive would be an understatement. Jude, having no personality whatsoever (she admits this), goes right along with Stella and her wild ways. Jude's father tries to (finally) connect with Jude, but it seems he is too late. Jude is on the fast train to McWrecklifeville.

The setting, quiet village a few hours outside of London, is described in detail, and it's amusing to me to read the language and slang provided. I grew up with a Limey mother so I wasn't thrown off by the jargon. I don't think young readers will have a hard time with it either. Due to some hot and heavy scenes (hot for teacher?), drinking, and language, I would be cautious recommending this to a young teen reader.
2 Stars
Here are some quick thoughts from other readers on the Wonderland Banned Book Tour. I encourage you to follow the links and read/comment on their thoughtful reviews.
"This book has a great opening." ~ Lisa's World of Books
"This book is so well-crafted that although I had my suspicions as to where the story was going, I still couldn't quite believe it when I got my answer. This is one of those books where you have to flip back and read scenes again to see if you really missed it the first time. " ~ Logan E. Turner

"...she does have a nice style with really gorgeous descriptions, and I even had a few laughs and smiles, etc." ~Jennifer D
"Nadin does a great job with the writing; the descriptions are vivid." ~Annette's Book Spot

Thank you Candlewick Press for providing the tour book.
One lucky winner will win the ARC of Wonderland

Contest rules:
US only
Must be 13+

Must be a follower
Contest ends at midnight CST, Wednsday, March 16th
Winner will be chosen using Random.org
Must fill out the form below to be officially entered
Good luck!
*Giveaway closed*
at Monday, March 07, 2011