My friend Emily over at The Hate Mongering Tart asked me to interview Jo Knowles for her blog during Banned Books Week. I thought I would post here as well. Thx, Em for the great idea!
Here is a little back ground. Jo Knowles is a fabulous writer and her first book, LESSONS FROM A DEAD GIRL was published by Candlewick Press in 2007. In 2009, the Montgomery County High School in Kentucky challenged the book. Today, I'm happy to talk with Jo about her "banned" experience. 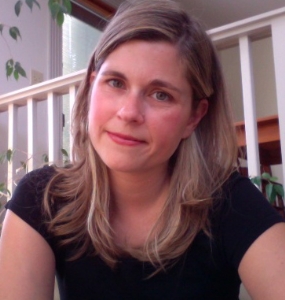 Welcome, Jo!
There have been many books published about child abuse at the hands of family or friends, but I don't recall very many about peer abuse. Where did this story originate?
I was at work sifting through research for a booklet on child abuse and came across an article about kids abusing kids. It resonated with me in a really powerful way, and I couldn't stop thinking about it. On my drive home that night, the first scene of Lessons began to form in my head. I started writing as soon as I got home.

During the first stages of LESSONS FROM A DEAD GIRL, did it ever cross your mind that the content would be controversial?
You know, when I was writing the book, publishing was such a distant dream that I wasn't thinking about content in that way. I was just focusing on writing the story in the truest way I could, without being too explicit--not because I was worried about being censored, but because I didn't think Laine would tell her story that way.

Your book was removed from classroom use and approved curriculum from Montgomery County High School in Kentucky (2009). How did you learn of the news?
The teacher, Risha Mullins, contacted me to tell me. I'd actually done a phone visit with her class the year before, because she was so excited by her students' response to the book. In particular, her "reluctant" readers. She told me some of the parents had gotten together to try to remove the book, and whether I knew anyone who could help her. That was how it all started.

What was your first reaction when you heard a parent called your book "soft pornography?"
When people started talking about how explicit the book was, I felt very cheated and falsely accused. There are no explicit descriptions in the book.It's hard to explain, but for a little while, I also felt ashamed. It's a horrible feeling to be accused of doing something "bad" even when you know in your heart you didn't do anything of the sort.

Generally, people want material removed from a school/ public library out of fear. What do you think these parents and other adults were so afraid of?
I think in the case of my book, there was a fear of homosexuality. This is ironic, since the two girls are clearly not homosexual. One of the main character's friends later in the book is gay, but it's not an "issue" in the story and I'm fairly certain this wasn't what the banners were focusing on. They were classifying the abuse as homosexual because it was between two girls.

Did the challenge of LESSONS influence your further writing?
It stalled my writing because I suddenly became ultra aware of how anything I wrote might be misinterpreted or misunderstood or taken out of context. What finally helped me was pulling out all the letters I'd received from teens who felt less alone because of the book. That makes everything else worth it.

After all is said and done, would you have changed anything about the controversial themes of LESSONS?
No. I really wouldn't. Because I don't really think the themes are controversial. Sexual abuse happens. That's not controversial, it's just unfortunate. I think the book helped a lot of people finally talk about a type of abuse that, while very common, has been kept in the dark. That's what's so crazy about all this talk about YA lit being too dark. Books are only as dark as reality. Books pull the darkness into the light. And hopefully, by doing so, they help pull readers out of it, too.
Thank you, Jo for sharing your experience with us!
Add to Goodreads
You can find Jo at her website and on Twitter
at Wednesday, September 28, 2011