The Five Lives Of Our Cat Zook by Joanne Rocklin
April 1st, 2012 by Amulet Books

Oona and her brother Fred aren't thrilled about their beloved cat Zook (Zucchini) being kept at the vet after an illness. They decide to take matters into their own hands and break the cat out of kitty jail. In order to convince Fred that Zook will get better, Oona tells some pretty tall tales about the previous lives of Zook. Zook has been a Royal Cat among princes and princesses, and a Ghost Cat living with a wretched old woman. Each story reflects Oona and her brother's Fred lives as they try to accept their father's death two years prior and their mother struggles to move on. As Oona and Fred fantasize about Zook's previous existences, Oona wrestles with the real-life events that led Zook to live with them.

I am still smiling months after reading this book! I love the dynamic characters, especially Oona, and the way Oona puts her own little spin on everyone. Her mom's new potential boyfriend is "villain" not Dylan, for example, and she has such an analytical and inquisitive mind. She is more than just creative, I would venture to say that she is one smart cookie (that is a real scientific term), and her use of rebus's to engage her brother are quite genius. She is more than likable, and when the tender moments come along with Zook and even her mother, I proudly bawled like a baby!

The story itself is sweet, endearing, humorous, and full of family learning moments. Oona and Fred have lost their father and are about to loose their beloved family pet. Unfortunately, the theme of loss is something many children go through at an early age. ZOOK deals with those sensitive issues with ease and a few laughs. The interview with author Joanne Rocklin gives a little more insight into the book, but just for the record....I loved it and is one of my favorite middle grades of the year! Now, let's chat with Joanne: 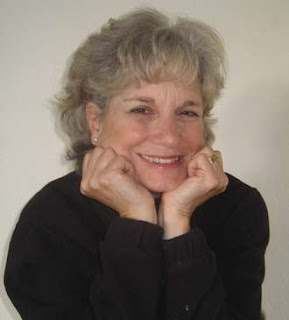 I read in a previous interview that you kept a journal as a young person. Have any of your very early stories made their way to print?
No, none of my early stories and poems made their way into print, except in a school newspaper every now and then. Some noteworthy titles: Monkeys Can Be Hero’s (sic) Too; Last Doll. (“Good-bye the touch of stringy hair. . . .” )

I certainly tried to be a published eleven-year-old author, however! I would give my scribbled writings to my dad to have typed up at his office and mailed to grown-up magazines, with the admonition, “Do NOT tell them my age in the cover letter!” (As if editors couldn’t figure that out themselves. . . .)

I have saved almost every poem and story I wrote in childhood, as well as that note to my father. I was also an obsessed letter-writer to my best friend during the summers. One day we exchanged our letters. So today I am in possession of my very own “middle-grade” voice, calling out to the adult-me. It’s a voice that is hopefully the core of who I still am, in its vulnerability and honesty.

What draws you to write for young people?
Some people can paint, some can dance—I can write for children. It’s what I do, naturally and with joy. My life’s work has always involved kids: I have been an elementary school teacher, a child psychologist, a mother, and now a grandmother with a regular, three-day-a-week babysitting job.

But I think the “draw”, the pull, the inspiration, comes from communicating with that vulnerable young kid inside of me. I vividly remember my childhood, and the books I read voraciously. I read and wrote constantly, hardly stopping to eat. (“Do you think I’m too skinny? Please tell me; I can take it.” -direct quote from one of my aforementioned letters. . . .)

And the humor of children! That wonderful combination of naivety and honesty which always makes me laugh, and how fortunate to be able to laugh while working.

What was the working title of THE FIVE LIVES OF OUR CAT ZOOK?
I believe the working title was OUR CAT ZOOK. From the start, Oona was telling the story in first person. There was never any question about that; her voice just burst onto the page. The wise people at Abrams, however, felt that title sounded too much like the title of a picture book, or an early chapter book, rather than a middle grade. I countered with THE MANY LIVES OF OUR CAT ZOOK. Oona and Fred’s cat Zook is ill. To console him, she tells Fred that cats have nine lives, and Zook has lived only five of them. The stories Oona tells about Zook’s past lives are interwoven throughout the novel. Again, using their creative and marketing expertise, the wise people at Abrams countered with THE FIVE LIVES OF OUR CAT ZOOK. It’s a title that leads to questions (“Why only five?” “What happened before and after?” etc.) and hopefully, leads to proceeding past Chris Buzelli’s wonderful, wonderful cover—to the first page and beyond. Titles and book covers are SO important!

Zook the cat is short for zucchini because he loves fried zucchini. Do you really call zucchini zook?
No, but my character Oona does. She occasionally calls the vegetable zucchini “zook” because she calls her cat “Zook”, not the other way around. And she calls her cat Zook because I think we all shorten or change our pets’ names (actually, the names of anyone for whom we feel affection). I often call Mitzie, my cat, “Mitz” or “Mitzoon”. I call Zoe, my dog, “Zo” or “Zozie”.

Your novels talk about some deep issues that children go through, divorce and death of a parent for example. Did you seek out to ultimately tell a story about love and loss?
Yes, I suppose I did, because from the beginning I was writing a story about a beloved pet who is ill. However, those themes deepened as I told my story, which always happens to me as I rewrite. Details and situations became charged with meaning, and everything began to connect. I find that the most exciting and surprising aspect of creating a story. A sweatshirt, a fake diamond, a song, a garden—all ordinary things that became symbols of change and growth. All of life, for me, involves continued adjustment to change, which always means some sort of loss. It is the “adjustment” part that’s the hopeful part, and that’s what I write about.

Amazing Morning On Orange Street
Oona and Fred have a wonderful sibling relationship which is refreshing to see. Why not make Fred a whiny, pestering little boy whom Oona can't stand to be around?
Their relationship felt organic and true--I really didn't plan it. It felt natural that they would need and love one another, especially given their family situation. It isn't an unrelentingly “sweet” relationship however; Fred does annoy Oona at times, and she’s often impatient with him. But Oona gains much through her relationship with Fred, especially when she realizes that Fred needs to “believe” in magic and fantasy in order to heal. Sometimes we all do. And through her recognition of Fred’s desire for a dad, she is able to open up her heart and accept change, and a “new life”.

Oona uses Rebus's to tell stories to her little brother. Do you have a favorite you'd like to share?
I had a lot of fun making those up. The very first one is a rebus of the adage “Cats have 9 Lives.” Oona writes, “Cats have 9.” Then she writes an upper-case “L”, followed by “RW” for “rhymes with”; finally she draws 9 “hives”. It will be fun asking kids how they would have depicted the same phrase!

How do you plan on celebrating the release of ZOOK?
I’m actually finding it hard to celebrate. I miss the characters in that book a lot! That’s never happened to me before. I've already received my copies of the book, before the release date. And, yes, holding the actual book, smelling it and feeling it and rereading it, gave me the same joy of creation I've always felt when a new book arrived.

I can’t wait to talk about it and read it with kids—that will be my celebration!

Thank you, Joanne for your wonderful answers! It was such a wonderful story!

Add to Goodreads
You can find Rocklin at her website where you can find a fun activity kit and sample chapter!
Thank you, Blue Slip Media for the review book.
Check out the book trailer:


Our friends at Blue Slip Media is showing the love and giving one lucky US/CAN winner a copy of their own! Fill out the official doo-hickey below to be officially entered. Good luck!