Guest Post: All the Broken Pieces by Cindi Madsen All the Broken Pieces by Cindi Madsen
December 11th, 2012 from Entangled Teen

Liv comes out of a coma with no memory of her past and two distinct, warring voices inside her head. Nothing, not even her reflection, seems familiar. As she stumbles through her junior year, the voices get louder, insisting she please the popular group while simultaneously despising them. But when Liv starts hanging around with Spencer, whose own mysterious past also has him on the fringe, life feels complete for the first time in, well, as long as she can remember.

Liv knows the details of the car accident that put her in the coma, but as the voices invade her dreams, and her dreams start feeling like memories, she and Spencer seek out answers. Yet the deeper they dig, the less things make sense. Can Liv rebuild the pieces of her broken past, when it means questioning not just who she is, but what she is?

Lucky me to have Cindi on the blog today! Welcome, Cindi! 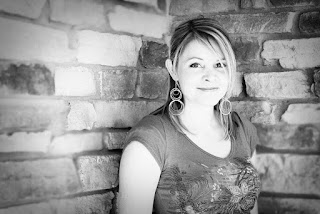 I’m thrilled to be here at I Read Banned Books talking about my new release All the Broken Pieces!

In All the Broken Pieces, Liv wakes up from a coma with no memory of her past. Every time she feels like she remembers something, it doesn't fit with the life she’s currently living. When people talk about the current pop stars or ask what she did for fun in her old town, she has no idea. She confesses to Spencer about her memory loss and he decides to make a list of things she needs to make up for. So I decided to do a list of my Top Five Ways to Procrastinate (we could ALWAYS use more ways to procrastinate, right?)

1. Twitter – There’s so much going on at any time, and I know so many cool people there. I can lose hours on Twitter, and I've often burned my food because I got caught up in tweeting other people instead of watching my food.

2. TV – More specifically, TV on Netflix. There are seasons upon seasons of good shows. Friday Night Lights, Supernatural, Breaking Bad. And then there are the shows I haven’t discovered yet. People rave about Downtown Abbey. I haven’t gotten to that one. Yet.

3. Dance parties – This is when I decide that I need to have a dance party. I used to go to dance clubs in college, but now it’s me and my music and often my kids. We dance around and laugh, and I always feel better after one.

4. Books – What’s better than getting sucked into a good book? The problem is when I need to be getting writing or editing done. Once in a while I start a book thinking I’ll just read a few chapters and then say just one more. One more. I accidentally (on purpose) read Timepiece by Myra McEntire in one day when I had a deadline, then spent the next day trying to make up for it.

5. Online shopping – I rarely go to the mall anymore. It’s just not as fun without a girlfriend to go with and my four year-old son doesn't have much patience for it. So I've become an online shopper, especially when it comes to shoes. And now I get emails from those places and I think I’ll just go glance at the shoes, then I start lusting after the shoes, and the entire process takes way longer than I expected.

So, what are your favorite ways to procrastinate?

Thank you, Cindi! I hope you get to Downton Abbey STAT! It's never too late!

Add to Goodreads
You can find Madsen at her website