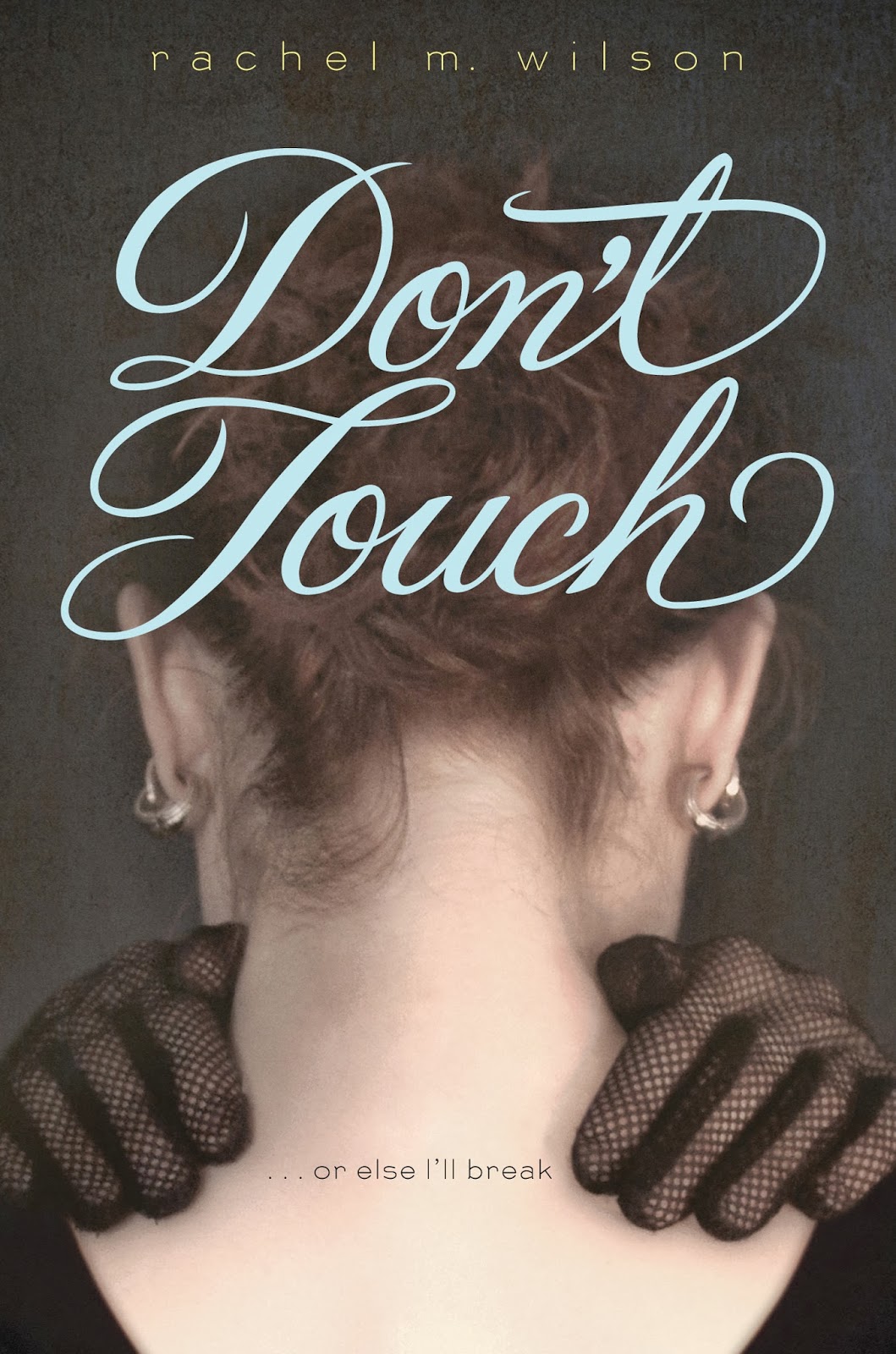 Step on a crack, break your mother’s back.

Touch another person’s skin, and Dad’s gone for good…

Caddie has a history of magical thinking—of playing games in her head to cope with her surroundings—but it’s never been this bad before.

When her parents split up, don’t touch becomes Caddie’s mantra. Maybe if she keeps from touching another person’s skin, Dad will come home. She knows it doesn’t make sense, but her games have never been logical. Soon, despite Alabama’s humidity, she’s covering every inch of skin and wearing evening gloves to school.

And that’s where things get tricky. Even though Caddie’s the new girl, it’s hard to play off her compulsions as artistic quirks. Friends notice things.Her drama class is all about interacting with her scene partners, especially Peter, who’s auditioning for the role of Hamlet. Caddie desperately wants to play Ophelia, but if she does, she’ll have to touch Peter…and kiss him. Part of Caddie would love nothing more than to kiss Peter—but the other part isn’t sure she’s brave enough to let herself fall.


From rising star Rachel M. Wilson comes a powerful, moving debut novel of the friendship and love that are there for us, if only we’ll let them in.

Here is what Rachel has to say about her stunning debut!

I’m so excited to share the cover for DON'T TOUCH. When it was time to talk covers, I had a better idea of what I didn't want than what I did. I dreamed of a cover that would be visually arresting and provoke some emotion, which is like saying, “Make it good, please.” I hoped to avoid a photo of a girl looking pensive or giving a come-hither stare for no clear reason. Caddie puts all her energy into acting as if everything’s okay, and she’s afraid to touch people, so I couldn't imagine her in unguarded reverie or putting on a sexy face for the camera. Instead, my editors had something in mind that would highlight Caddie’s vulnerability as well as her conflict between wanting to be able to touch but fearing it. I love how this image captures that struggle. Caddie might be barely holding herself together—the tagline says it all—or she might be gathering her powers for the performance of her life.

I completely agree with Rachel! The cover portrays a girl who is fragile and vulnerable. Really stunning! Be sure to enter the giveaway to win an a SIGNED arc of DON'T TOUCH! US/CAN entries only, good luck!
a Rafflecopter giveaway