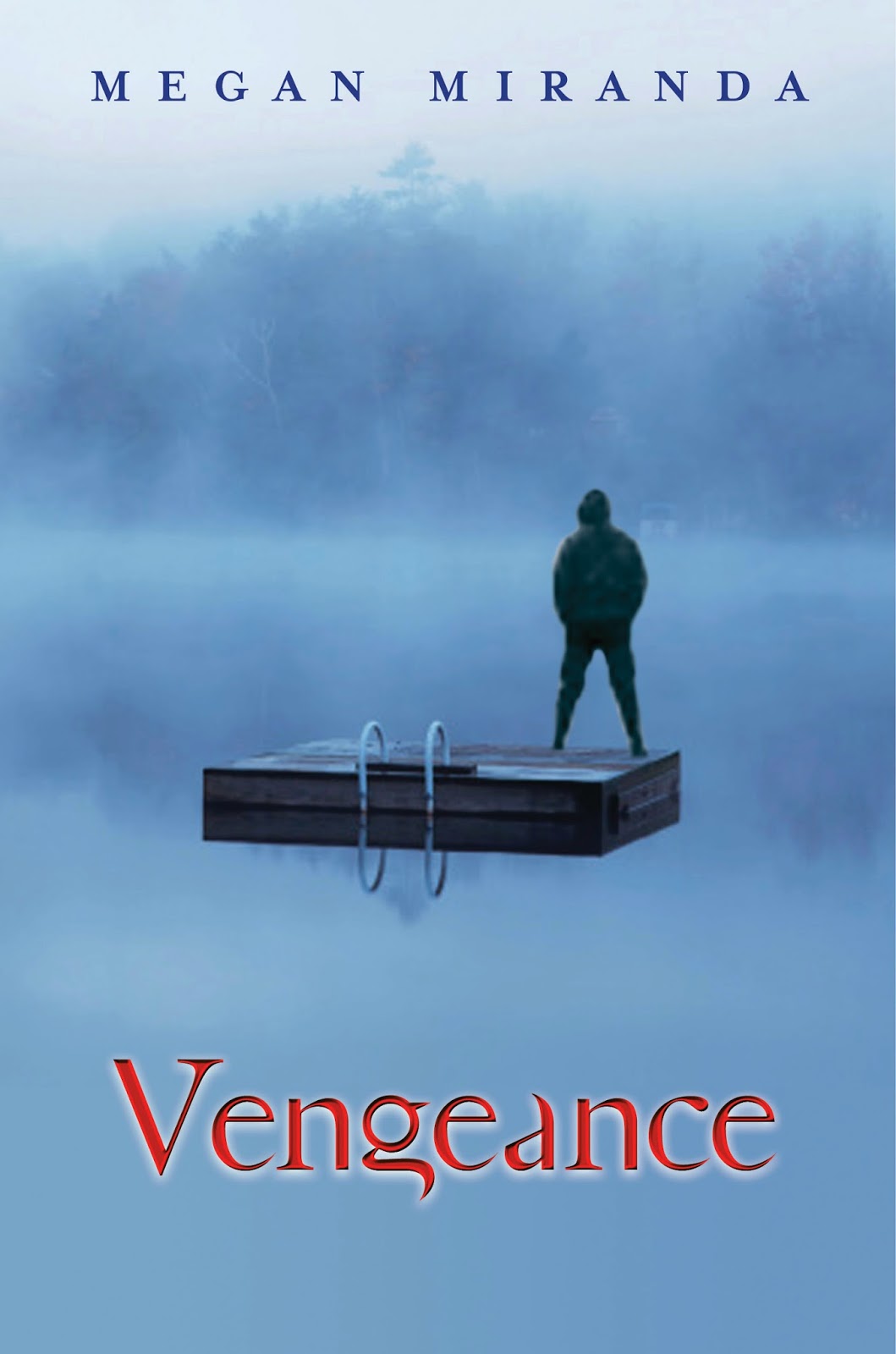 Nobody really believes in a curse. Until you know the people who disappear. Too much coincidence, you look for reason. Too much death, you grasp for something to blame. Carson pulled Delaney out and he died on the side of the road with her mouth pressed to his. Her air in his body. Troy. She told the cops it was suicide. Didn't matter. The lake released her and grabbed another. But when Decker's father dies in a pool of spilled water on their kitchen floor, all Decker can feel is a slow burning rage. Because he knows that Delaney knew that his dad was going to die. She knew and backed out of his house and never said a word. Falcon Lake still has a hold on them both, and Decker can't forgive Delaney until he knows why.

Add to Goodreads
You can find Miranda at her website

So excited to have Megan at the blog today to talk about this sequel. I was so curious to know if a sequel was always planned and how it all come together. Welcome, Megan!

Did you feel pressure from readers to write a sequel or were you encouraged by their enthusiasm? Did the characters just have more to say or had you always planned on a sequel? TELL ME EVERYTHING!

First of all, thank you for having me on your blog!
When I wrote FRACTURE, I wasn’t intending to write a sequel. I felt like Delaney had reached a good place at the end of the book, and I was content with where her story left off: that life goes on, and so would hers, and she had found what mattered to her—what she believed made life worth living. I also liked to imagine my characters happy for a time. I did get a lot of reader questions about what happened next, and though I wasn’t intending to write another story in this world, the truth is, the reader emails and comments really sparked something in me. I would find myself daydreaming: no, really, what does happen next?

I had also written a free short story for Bloomsbury called ELEVEN MINUTES, told from Decker’s perspective, about those eleven minutes when Delaney was trapped under the ice, and the 6 days that followed when she was in a coma. I adored writing Decker’s story and discovering who he was. Writing this made me see that Decker had his own story, his own demons, his own guilt and hopes and fears, and in a way, his story was just beginning. Here’s a guy who saved his best friend, but also believed he was to blame. In his head, he made a bargain in the hospital: Anyone but her. Everyone but her.

So I started to wonder: What if it seemed that bargain had real consequence, like he wonders at one point in FRACTURE?

So when I thought about continuing the story, it seemed right that this should be Decker’s story. What happens to a place where one person survives, but several seem to die in her place? When people start murmuring about a curse? What happens after that initial phase of falling in love?

There really was so much more to tell, and I’m thrilled I got the opportunity to do so. I’m so thankful for the readers who wrote to ask what happens next and for sparking the idea for this book. This book exists because of them.


There you have it, kids! All because of devoted fans and readers like YOU we get an all new story!