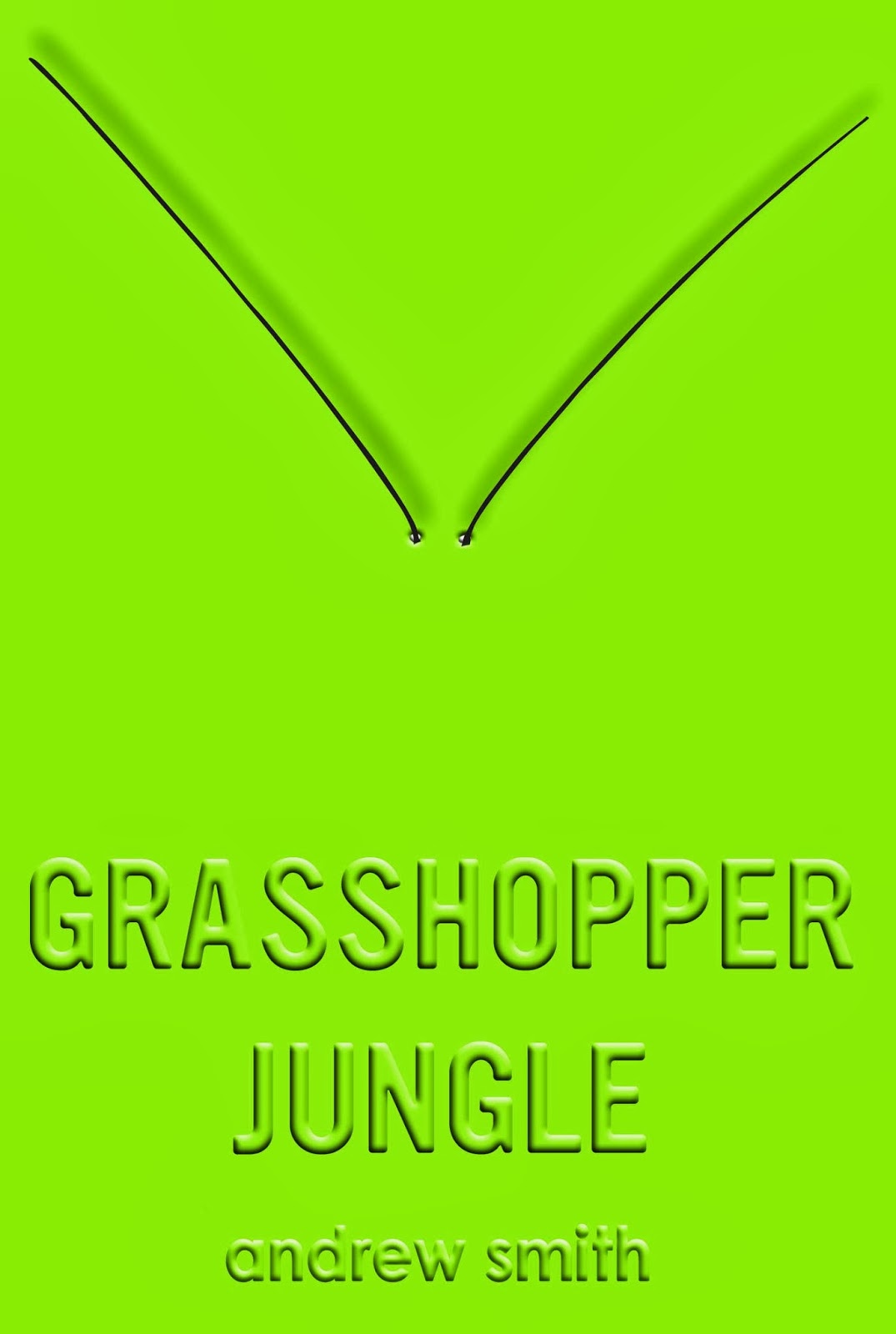 Sixteen-year-old Austin Szerba interweaves the story of his Polish legacy with the story of how he and his best friend , Robby, brought about the end of humanity and the rise of an army of unstoppable, six-foot tall praying mantises in small-town Iowa.

To make matters worse, Austin's hormones are totally oblivious; they don't care that the world is in utter chaos: Austin is in love with his girlfriend, Shann, but remains confused about his sexual orientation. He's stewing in a self-professed constant state of maximum horniness, directed at both Robby and Shann. Ultimately, it's up to Austin to save the world and propagate the species in this sci-fright journey of survival, sex, and the complex realities of the human condition.

I am totally jazzed up for the world to read this book! If you've read a Smith book before you can expect the unexpected. Cliche? Maybe, but so very true. In Grasshopper Jungle, we meet Austin, his best friend Robbie, and Austin's girlfriend Shann as giant-sized grasshoppers eat their way through the town and bring on the end of the world. In true Smith fashion, the three teenagers experience some pretty twisted and disgusting stuff, meet interesting people, cuss a whole hell of a lot, and find themselves watching old science videos in a secret underground bunker. You know, intriguing stuff only Smith can pull off.

I always have a hard time reviewing books I love - so much easier picking out things that just don't work in stories - and this one is one-of-a-kind story is no exception. Everything just worked in this book; the obsessions with the truth, the crazy love, the flip-flopping to stories of love from previous generations...everything just worked. When people say a story is a page turner or un-put-downable, this is the book that comes to my mind. You'll be hearing a lot about this book. Some people won't get it, some peopel (like me) will have a hard time explaining why they loved it, and hopefully all will give this jacked-up grasshopper book with a crazy neon cover a chance. Do yourself a favor and get on the #unstoppablecorn train now.

Add to Goodreads
You can find Smith at his website

Penguin is super cool to giveaway an awesome prize today! Win a finished copy of Grasshopper Jungle and an #unstoppablecorn t-shirt! Fill out the fancy doo-hickey below to be officially entered. US only, good luck!
a Rafflecopter giveaway
at Wednesday, February 05, 2014