The news is out! James Dashner of The Maze Runner fame is headlining the Texas Teen Book Festival! Join us October 18th, 2014 at St. Edward's University. This was a super hard secret to keep. We first met Dashner in 2010 right when The Maze Runner came out. He was a dynamic speaker and had instant fans. We can't wait to share more author lineup information and have another exciting addition this week. Stay tuned to TTBF on Facebook and Twitter, and of course the website for more information. Here is the full press release: 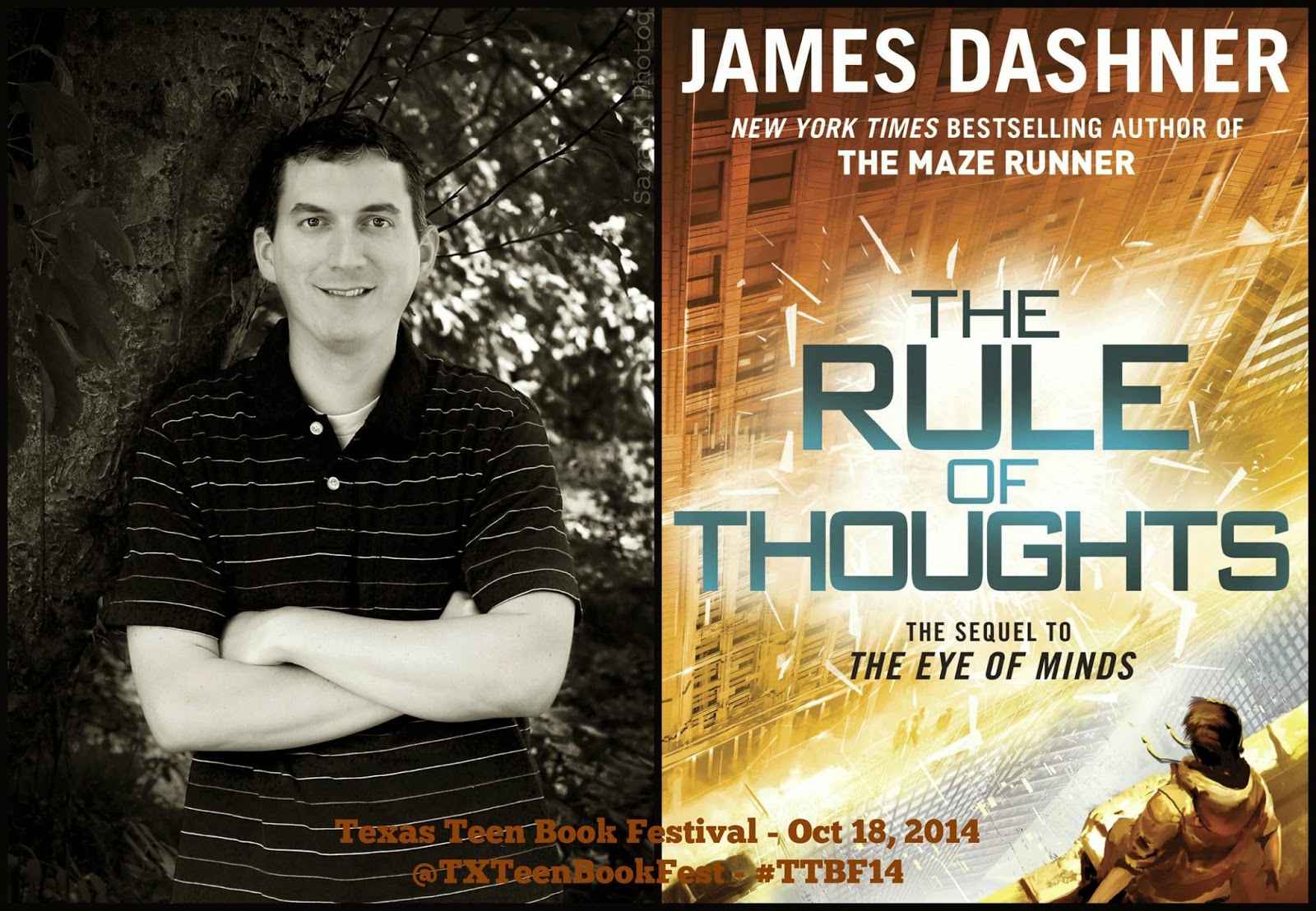 Dashner’s latest novel is The Eye of Minds, a novel set in a world of hyper-advanced technology, cyberterrorists, and gaming. He is also the author of the 13th Reality series.

“We couldn't be more excited to announce James Dashner as our headlining author,” says Heather Schubert, librarian and founder, along with BookPeople, of what was originally called the Austin Teen Book Festival. “And we are so excited about The Maze Runner movie release in September. This year's festival is going to be the most interactive and wild yet, and we have an amazing list of all-star YA authors to prove it!” Schubert says.

The Texas Teen Book Festival will “bookend” the Texas Book Festival, scheduled for Oct. 25 and 26 in and around the state Capitol, with more than 40,000 expected to attend.

“I was lucky enough to attend the Austin Teen Book Festival right after The Maze Runner first came out, and to now return as the headliner for the Texas Teen Book Festival is exciting and surreal. I'm very honored, and I plan to enjoy every single second of my time there!” Dashner says.

“YA lit is a lot of fun, but in the end, everyone involved with the Texas Teen Book Festival is quite serious about engaging teen readers and about educational outcomes,” says Texas Book Festival Executive Director Lois Kim. “We’re very fortunate that St. Edward’s was willing to embark on this adventure with us. It’s the perfect location for the Festival because a university campus is where we want all teens to end up,” Kim says.

“Our partnership with Texas Teen Book Festival provides us the opportunity to help inspire thousands of young readers who will visit St. Edward’s in October,” says Mischelle Diaz, the university’s director of communications. “We hope that our vibrant campus and the impressive lineup of authors will encourage students to think about higher education as a pathway for making a difference in their world.”

Both the Texas Book Festival, held in and around the State Capitol, and the Texas Teen Book Festival are free and open to the public thanks to generous donors, sponsors, and volunteers.
at Sunday, May 04, 2014