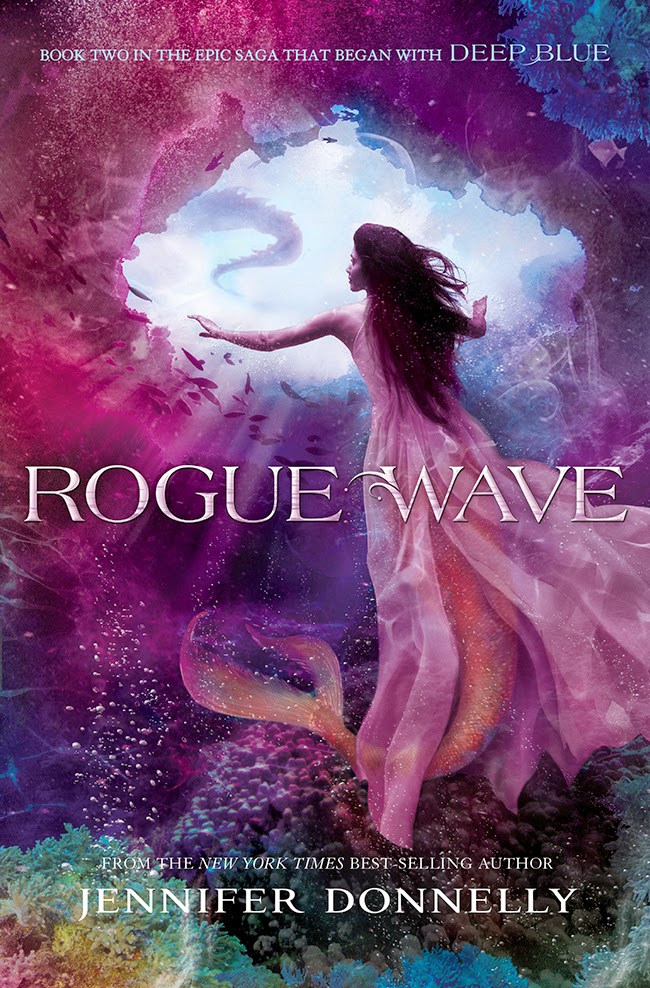 In this exciting sequel to DEEP BLUE, the mermaids are on an exceedingly important and dangerous quest. Their journey is testing their skills and their friendships, forcing them to grow and take on new challenges, and will alter their lives forever.

Serafina, Neela, Ling, Ava, Becca, and Astrid, six mermaids from realms scattered throughout the seas and freshwaters, were summoned by the leader of the river witches to learn an incredible truth: the mermaids are direct descendants of the Six Who Ruled–powerful mages who once governed the lost empire of Atlantis. The ancient evil that destroyed Atlantis is stirring again, and only the mermaids can defeat it. To do so, they need to find magical talismans that belonged to the Six.

Serafina believes her talisman was buried with an old shipwreck. While researching its location, she is almost discovered by a death rider patrol led by someone familiar. . . . The pain of seeing him turned traitor is devastating.

Neela travels to Matali to warn her parents of the grave threat facing their world. But they find her story outlandish; a sign that she needs to be confined to her chamber for rest and recovery. She escapes and travels to Kandina, where her talisman is in the possession of fearsome razormouth dragons.

As they hunt for their talismans, both Serafina and Neela find reserves of courage and cunning they didn't know they possessed. They face down danger and death, only to endure a game-changing betrayal, as shocking as a rogue wave.

To find Donnelly visit her website
Preorder at Indiebound
Which mermaid are you? quiz

Giveaway: a copy of Deep Blue and custom Deep Blue and Rogue Wave nail polishes. Fill out the fancy doo-hickey below to be officially entered. US and 13+ only, good luck! 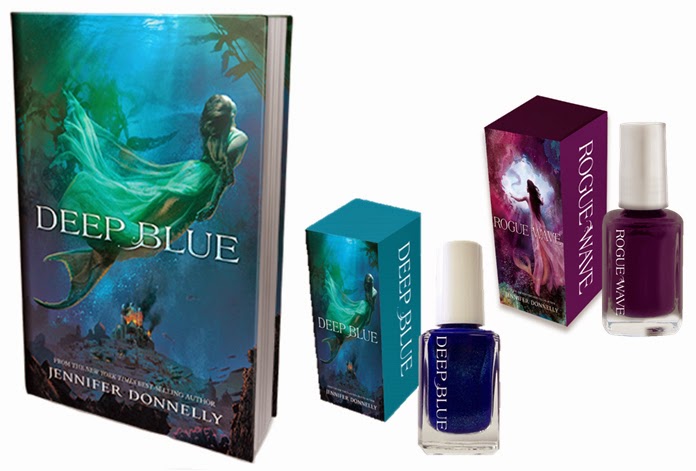 a Rafflecopter giveaway
at Tuesday, November 25, 2014