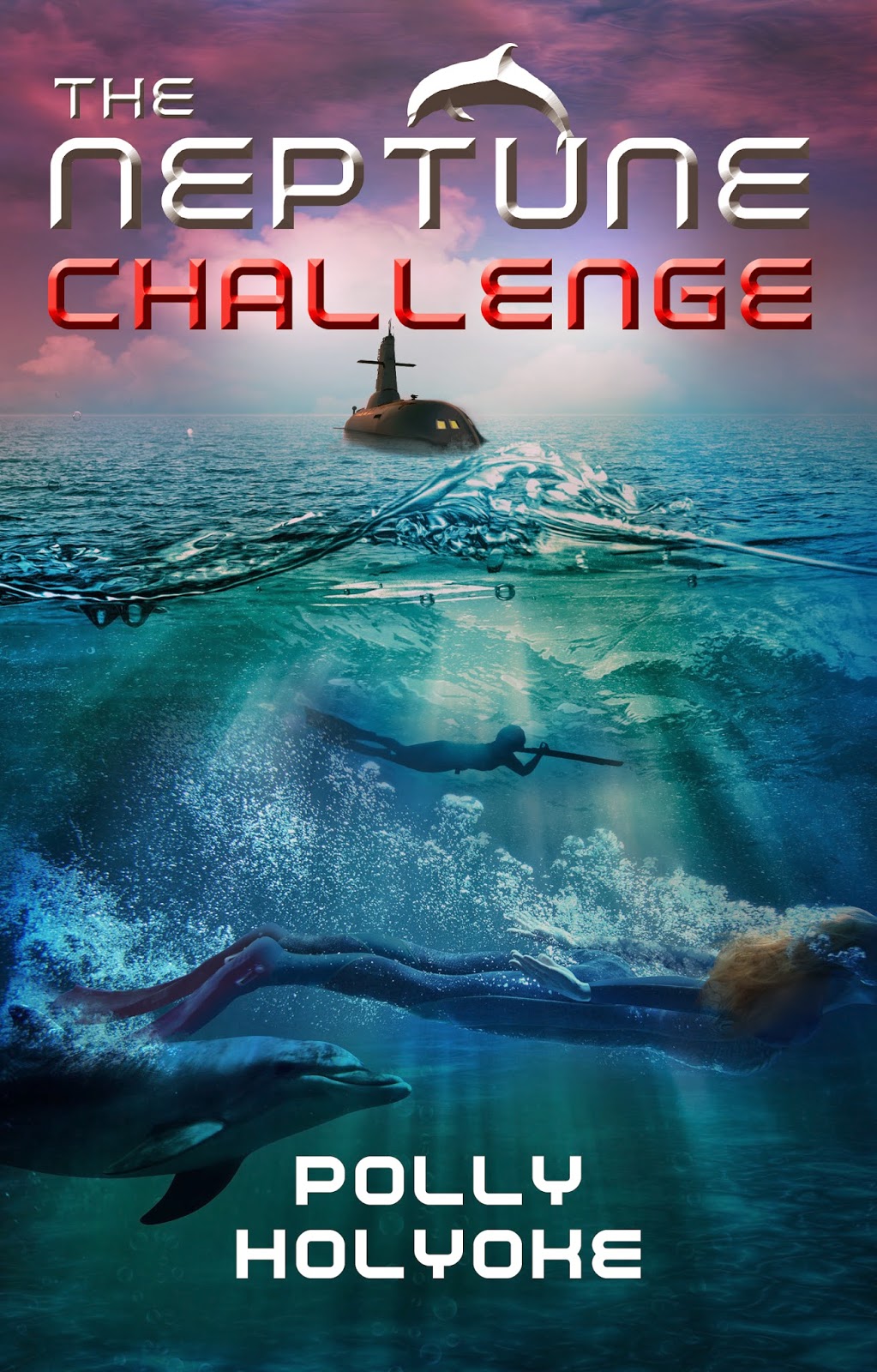 The Neptune Challenge (The Neptune Project #2) by Polly Holyoke
May 19th, 2015 from Disney-Hyperion

Genetically engineered to survive in the ocean, Nere and her friends are recovering from their long, treacherous journey to refuge and settling in at Safety Harbor. Despite its name, plenty of dangers still lurk just outside the colony's boundaries. When two among them are kidnapped, the remaining Neptune kids and their loyal dolphins must set out on a mission even more perilous than their first: infiltrate the kidnapper's fortress to save their friends and steal away a vital scientific secret that may save the world and its oceans. Fighting terrifying mutated creatures and teens, will the Neptune kids find a way to save their friends, themselves, and their underwater world? The stakes couldn't be higher in this thrilling sequel to the award-winning The Neptune Project.


The Neptune Project was a Texas Bluebonnet Reading List 2014-2015 and I had the pleasure to host Polly Holyoke at my library and the kids and parents who attended absolutely loved it! Highly recommend you having her chat with your patrons or your Girl Scout group....I know, fun! Polly will be at Blue Willow Books in Houston on February 21st, the 1st North Texas Teen Book Festival on March 7th, and TLA in April.

Giveaway time! Holyoke is offering a Murano glass dolphin and a signed hardback of The Neptune Challenge. Fill out the fancy doo-hickey below to be officially entered. US address only, good luck!
a Rafflecopter giveaway
at Tuesday, February 10, 2015