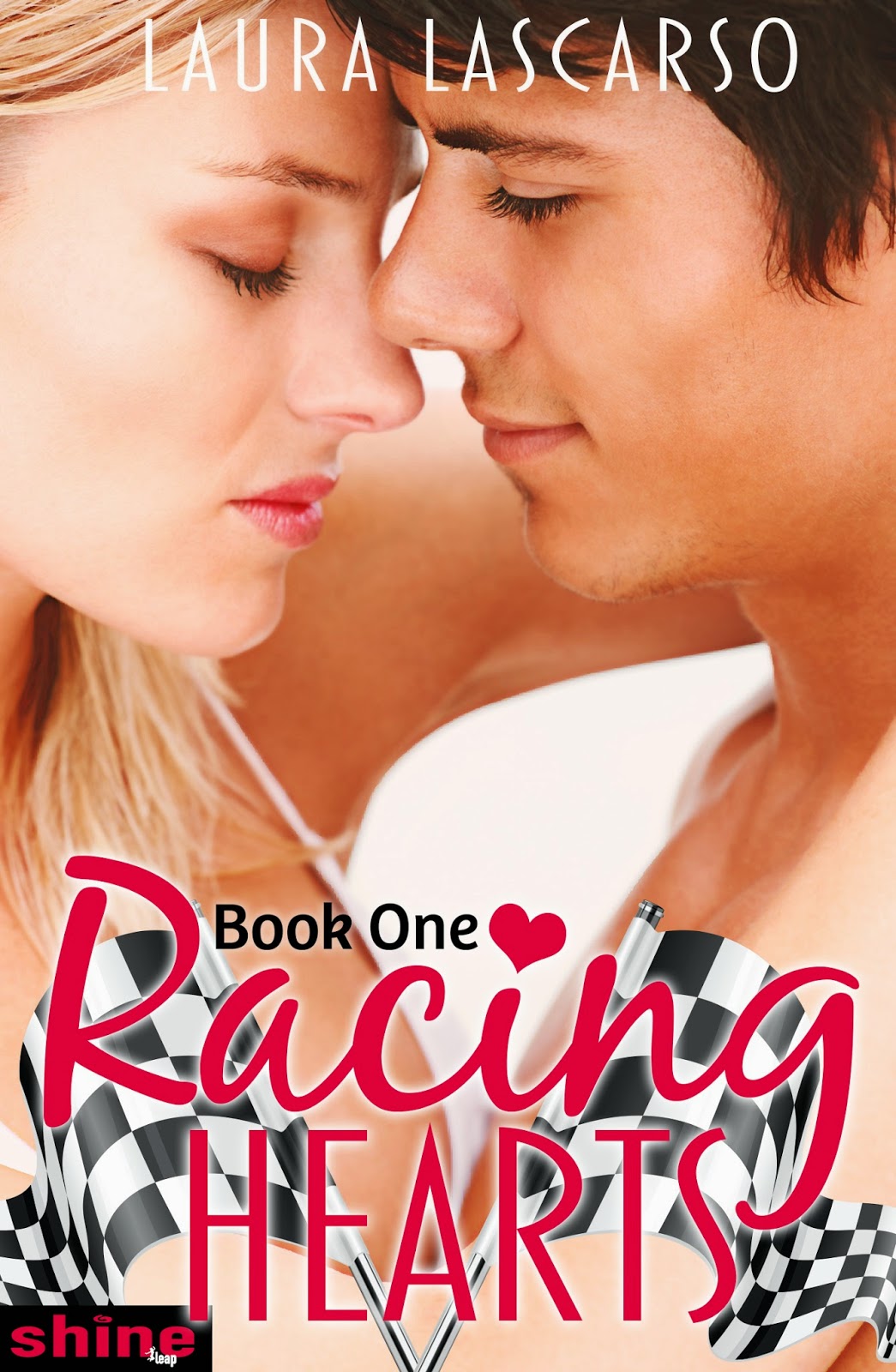 Eighteen-year-old Jesse Copeland learns of a local car race sponsored by his father's nemesis, Shep Bradley, and the prize money might be enough to keep his family from losing their home—if he can win.

Brooke, Shep’s daughter, is also aiming to compete, with or without her father’s approval. She’ll do whatever it takes to persuade Jesse to make her car race ready. Both are driven, both are risk-takers, and soon it’s more than engines getting fired up. Jesse tells himself their relationship is strictly business, until it isn't.

Can two star-crossed lovers overcome a family feud as old as Ford vs. Chevy, or will the competition become too explosive for these racing hearts?

Add to Goodreads
You can find Lascarso at her website

Laura is here to tell us a little bit about how Racing Hearts got started and the contemporary twist on Romeo and Juliet. Stay tuned for a giveaway!


A modern-day Romeo & Juliet on wheels:

In writing Racing Hearts, the character of Jesse Copeland came first. I wanted to try my hand at a male perspective, one where the father relationship was critical and cars played a central role. For my own teen years, the ability to drive and own my own car was a launching point for my independence. A car = freedom. And fast cars are always exciting.

As I began researching the history of NASCAR, I found a folklore all its own, full of colorful characters, high drama and real tragedy. Racing, often times, is a family affair, where children and grandchildren go on to be racers themselves. I wanted to upset the apple cart a bit and so brought in an ambitions female racer, someone who would not only push gender boundaries but also give Jesse a run for his money. Enter, Brooke Bradley.

Finally, I thought about ways to really spice up the tension and drama on this romance and the star-crossed love story of Romeo & Juliet seemed a natural fit. Only in Racing Hearts, the feud was between Jesse and Brooke’s fathers, Phillip Copeland and Shep Bradley, both NASCAR racers, who had a very messy and public falling out in the mid-nineties. The particulars of that fight are revealed throughout the series.

The families have since despised each other, which is complicated by the fact that Jesse and Brooke are falling for each other. At the same time, they are competitors. And both of them have their eyes on the prize.

So what does that give you? A steamy summer romance set in Daytona Beach that reads like a soap opera and keeps you wanting more.

Lucky for you there is a copy of Racing Hearts up for grabs! Fill out the fancy doo-hickey to be officially entered. Good luck!

a Rafflecopter giveaway
at Tuesday, February 17, 2015