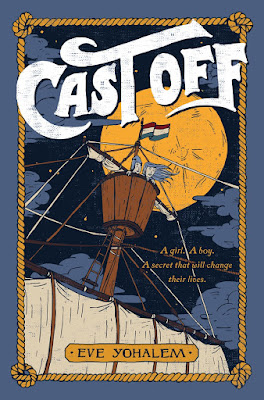 Cast Off: The Strange Adventures of Petra de Winter and Bram Broen
May 19th, 2015 from Dial Books

A tale of pirates, mutiny, and friendship on the high seas, perfect for fans of The True Confessions of Charlotte Doyle

It’s 1663 and there is an extra passenger on board a Dutch merchant ship setting sail for the East Indies. Twelve-year-old Petra has stowed away to escape her abusive father. But she quickly realizes that surviving for months at sea will be impossible without help. So when Bram, the half-Dutch / Half-Javanese son of the ship’s carpenter, finds her hiding spot, Petra convinces him to help her stay hidden . . .and help disguise her as a boy.

If Petra is discovered and exposed as a girl, she could be tossed overboard, or worse . . . returned to her father. And if Bram is exposed for helping her, he could lose the only home—and family—he has. As tensions rise on the ship, with pirates attacking, deadly illness, and even mutiny, Petra and Bram face impossible decisions that test their friendship and threaten their dreams of freedom.

Told in alternating voices and filled with secrets and intrigue, this richly researched novel is historical fiction at its best.

Add to Goodreads
You can find Yohalem at her website 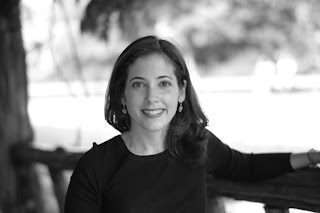 I'm happy to host the author of Cast Off who talks about being authentic in her writing when it comes to staying true to the times even though older customs might not be appropriate today. Welcome, Yohalem!

One of the best parts about writing historical fiction is doing the research. But what happens when you discover something that was normal back in the olden days but inappropriate now? And what do you do when that inappropriate thing is integral to your story?

For Cast Off, these questions aren’t just hypothetical. When it comes to life at sea during the 17th century, I can tell you all about sailor’s jobs, what they wore, what they ate, and what they drank. And it turns out that what they drank was alcohol, as much as possible, whenever possible. Even the kids.

I thought carefully about how to handle drinking alcohol in Cast Off, which has two twelve-year-old protagonists, Petra and Bram. What characters eat and drink every day isn’t a minor, unimportant detail. I felt strongly that I had to include drinking alcohol because it was the truth. But I also believe that context is critical.

Unlike some of the adults in the book, Petra and Bram never drink for fun. They drink because it’s normal and expected of children in their situations during this time period. Petra drinks weak beer with dinner while her father drinks wine, just like most families of her social class. Bram drinks wine when he’s invited to dinner at the captain’s table. Both Petra and Bram drink their daily rations of gin along with all the other sailors. At the same time, though, I show that the water on ships was disgusting. When you sailed from Europe to the East Indies the only place to stop for supplies was South Africa, which meant you had to load a four months’ supply of water at the beginning of the trip. It took about two or three weeks for that water to spoil. After that people would stir the barrels with paddles to get out the scum and worms. (Fun fact: It was considered really good luck if you had all your teeth because they could act like a sieve and you could wipe off the gunk with your thumb.) I’m guessing that if our water supply were like that today, many modern parents would prefer to serve their kids gin!

There were other questionable details I came across during my research that I chose not to include in Cast Off because they weren’t integral to the story. For example, I’ve got a dictionary of slang written in 1699 that’s chock full of the salty language sailors are famous for. I didn’t use most of it, for obvious reasons. “Kiss my blind cheeks!” made it into the final draft, though. It was just too good to leave out.


Lucky you! One winner will receive a copy of CAST OFF: The Strange Adventures of Petra De Winter and Bram Broen from Dial! Fill out the fancy doo-hickey below to be officially entered. US only, good luck!