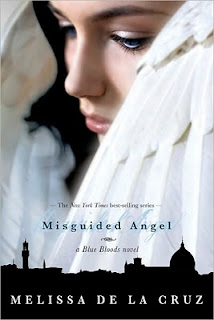 From Publisher:
After inheriting the dark Van Alen Legacy, Schuyler fled to Florence with her forbidden love, Jack. Now the two of them must embark on the mission Schuyler was destined to complete: to find and protect the five remaining gates that guard the earth from Lucifer, lord of the Silver Bloods.
Back in New York, Mimi has been elected Regent of a crumbling coven. Struggling with her heartache over the loss of Kingsley and with her overwhelming desire to destroy Jack, she must focus all of her energy on a perilous new threat. Vampires are being abducted and their captors are planning to burn them alive online…for all the world to see. Help arrives in the form of Deming Chen, a Venator from Shanghai, who must untangle the web of deceptions before the killers strike again.
As the young vampires struggle for the survival of the coven, they uncover a deadly secret, a truth first discovered by Schuyler’s mother during the Renaissance but kept buried for centuries. And as the Blue Blood enclave weakens yet further, fate leads Schuyler to a terrible choice that will ultimately map the destiny of her heart.
Review:
*NO spoilers. I scored this book at the Austin Teen Book Festival a few weeks ago where I was (insert brag) lucky enough to moderate the Dastardly Daydreamer panel. If you want to hear about that awesome day, go HERE. Let me preface by saying that I have stuck with the Blue Blood series from the get go. I think it is one of only a few series that I have continued reading all the way through. Usually by book 4 or 5.....I loose interest. Not in this case! I love the characters, and I feel like I can't let them down by not finishing their story. I was roped in by the concept of angels and vampires from the very beginning. Brilliant!
So, let's talk about Misguided Angel. I must say I was a little disappointed that not all of characters make an appearance in this book. The story does pick up where we left off - Jack broke the bond with Mimi and is with Schuyler. The epic battle with the Silver Bloods have left people dead and some in hiding.
Misguided Angel is told in three parts from the perspective of Schuyler, Mimi, and a newcomer - Deming Chen, a Venator from Shanghai. Deming has arrived to solve the gruesome murder of a vampire in the NYC coven.
Bottom line....I loved it! This was a super fast read, and I wish the book was longer. I wish that about every good book, especially Melissa's. I am certain die-hard Red Bloods will love Misguided Angel. If you have never read this series, Blue Bloods is the first.