HAPPY BOOK BIRTHDAY, Infinity Glass! It's kind of crazy to think that back in January 2011 I did a cover reveal for Hourglass and now we're at the end. I hate it when this happens....


The stakes have risen even higher in this third book in the Hourglass series.

The Hourglass is a secret organization focused on the study of manipulating time, and its members — many of them teenagers -­have uncanny abilities to make time work for them in mysterious ways. Inherent in these powers is a responsibility to take great care, because altering one small moment can have devastating consequences for the past, present, and future. But some time trav­elers are not exactly honorable, and sometimes unsavory deals must be struck to maintain order.

With the Infinityglass (central to understanding and harnessing the time gene) at large, the hunt is on to find it before someone else does.

But the Hourglass has an advantage. Lily, who has the ability to locate anything lost, has determined that the Infinityglass isn't an object. It's a person. And the Hourglass must find him or her first. But where do you start searching for the very key to time when every second could be the last? 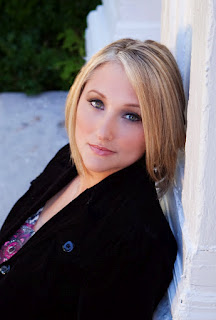 About Myra McEntire:
Myra McEntire has had her nose in a book since she could hold one. She was once caught reading in the shower (true story) and only stopped when her father disconnected the hot water heater. She lives in Nashville, Tennessee, with her husband and two boys. You can visit her online at www.myramcentire.com or follow her on twitter at @MyraMcEntire

NOW for the awesome giveaway! ALL three books in the Hourglass series and a super cool, melting clock! Fill out the fancy doo-hickey to be officially entered. US only, good luck! 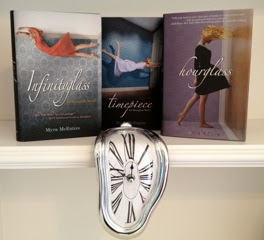 a Rafflecopter giveaway
at Tuesday, August 06, 2013